Northlanders could get a chance to have their say on Whangārei freedom camping in a major bylaw review. 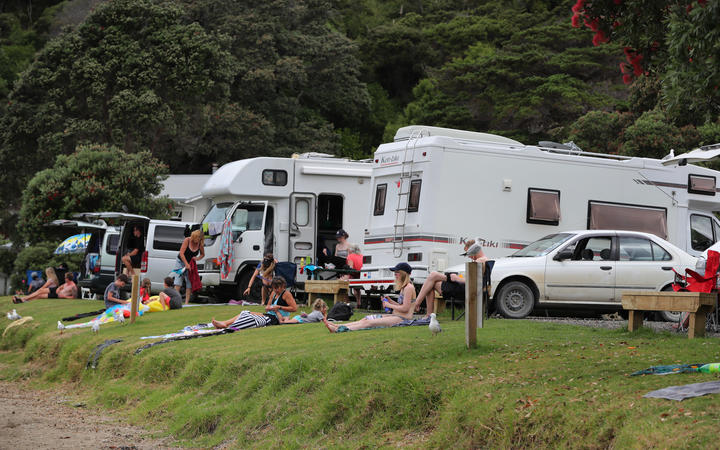 Whangārei District Council last week signalled it was in favour of the major Camping in Public Places Bylaw review - as a result of a 160 percent increase in district freedom campers in three years.

WDC councillors will formally decide on the review at their 24 September council meeting.

Four weeks of public consultation is scheduled to follow in late September and October.

The first-time WDC bylaw review has been brought forward to deal with what councillors have been told will be a polarising issue about which hard decisions will need to be made.

A new draft bylaw is scheduled for December with formal adoption in February.

All the district's more than 50 freedom camping areas would be looked at under the review with current rules prohibiting and restricting the holiday option reassessed.

Whangārei city freedom camping is also among possible solutions being put forward to deal with growing pressure along the east coast from Whananaki North to Waipū.

The review is specifically aimed at freedom camping under the Freedom Camping Act which governs the council bylaw, rather than permanent vehicle dwellers and those living in their cars.

"It's important to note vehicle dwellers and homeless in cars are not part of the Freedom Camping Act or the bylaw," Whangārei Mayor Sheryl Mai said.

Strohush said the council bylaw operated in the context of New Zealand's Freedom Camping Act. This allowed freedom camping and required councils to find a balanced approach to deal with its demand challenges.

She said WDC could not ban freedom camping from the district.

Any moves made to address challenges under the bylaw could only be made within the context of protecting the area freedom campers were using, health and safety considerations and access.

The council could not take into account neighbours' amenity value concerns about the look and feel of a place or the proximity of a freedom camping site to a potentially-affected commercial operation.