Some of Blenheim's bruised and battered old lollipop parking meters are set for a swansong further south after being saved from the scrap heap. 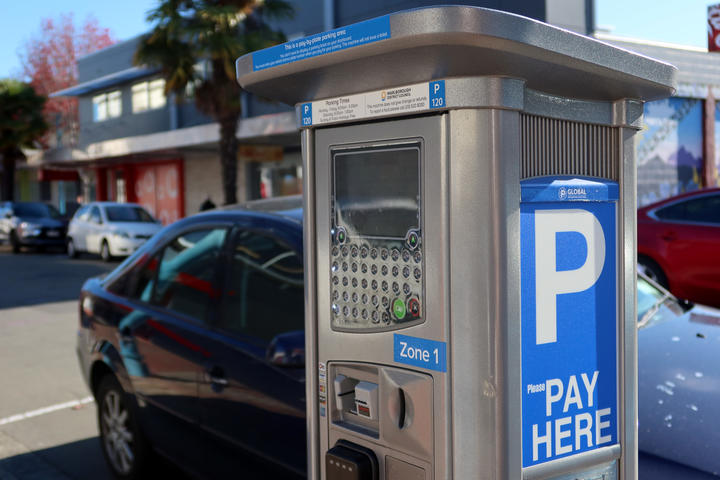 The Marlborough District Council has sold 21 of its coin-operated Duncan 'lollipop' meters to Ashburton, recycling the remaining 299 for free at a metal yard.

Ashburton District Council paid $3150 for the old meters, to replace damaged stock or be used for parts.

Pay-by-plate meters have been gradually rolled out in Blenheim and Picton since June 2019, after old age and vandalism pushed Blenheim's lollipop meters to breaking point. Picton did not have lollipop meters, but its pay-and-display meters were upgraded to pay-by-plate.

The final lollipop meter was removed from Blenheim's streets in June.

Figures obtained under the Local Government Official Information and Meetings Act showed the new pay-by-plate meters were bringing in around an extra $300 a month before coronavirus hit.

Parking revenue was about $83,700 a month in Marlborough when lollipops reigned supreme, and about $84,000 after. This included figures from Blenheim and Picton's parking meters, and for the council's car park building on Alfred Street.

The council was unable to differentiate between parking meter revenue collected by Eftpos in Blenheim and Picton.

On top of the meters, the new PayMyPark phone app introduced last June earned the council $415 in its first month. This jumped to about $4100 the following month, with revenue increasing steadily to $9700 by February, the last full month of data before lockdown.

The app, used by several councils across the country, went offline in March after a ransomware attack, but was later reinstated.

Councillor Brian Dawson, who held the parking and central business district portfolios, said feedback on the pay-by-plate and PayMyPark phone app had generally been positive.

"Some people had said they liked being able to just drop a coin into the old machines and go, rather than having to enter in their licence plate. Others have said to me that they really like using the app and it has made parking so much easier."

The council waived parking fees in town centres during the coronavirus lockdown. It later agreed in May to roll out free parking in Blenheim and Picton to boost local businesses, which was extended in June until 30 September.