Hundreds of parking tickets are being issued every day in Wellington now paid on-street parking has been reintroduced in the capital. 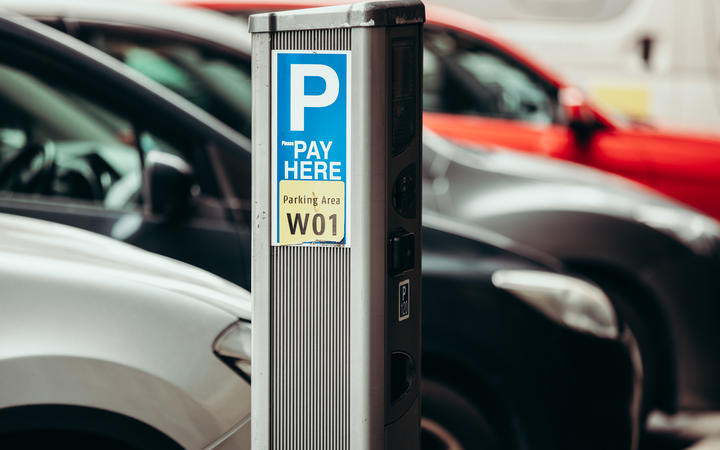 An average of 550 tickets have been issued each day in Wellington in the last week Photo: RNZ /Dom Thomas

Wellington City Council decided to cancel paid parking during the lockdown, but it was re-introduced last week as it's a major source of revenue.

An average of 550 tickets have been issued each day in the last week - well down from the pre-Covid-19 average of 800 infringements a day.

However, it does not take into account the number of people remaining at home still, and the comparative lack of fines for expired vehicle registrations and warrants of fitness, which have been automatically extended to October.

From last Tuesday through to Sunday, $135,776 was raised as a result of the infringements - the majority of it issued to people for not paying for their parking on a metered parking space.

The metering revenue (excluding fines) for all sources over the same period was $152,475.

A council spokesperson said the number of parking officers who are out on the streets has not been raised, and that Parking Services are operating at normal capacity.

One person who received a ticket said there was not enough public awareness that paid parking was coming back.

The spokesperson said the council made significant effort to inform the public, including posts through social media channels, and adverts in local newspapers and radio stations.