Officers remain at the scene of the fatal police shooting of a man in Taranaki. 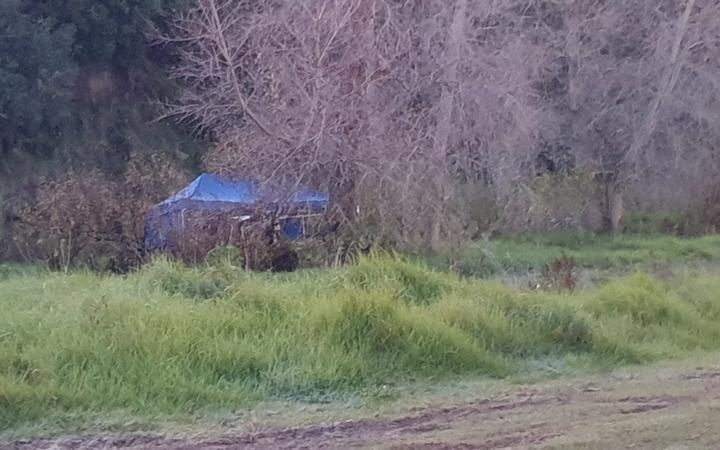 A police tent at the scene on Mamaku Road, near Waitara. Photo: RNZ / Robin Martin

Police were called at 3.40pm yesterday about a man in his 50s in distress who was believed to have a firearm.

They found the man's parked vehicle about 4.10pm on Mamaku Road, off SH3, just south of Waitara.

Central district commander Chris de Wattignar said the man pointed a firearm at officers as they approached his vehicle and they shot him as he was getting out of his car after being challenged.

First aid was delivered immediately but the man died at the scene, he said.

Police are unable to say how many shots were fired or whether the man who was killed used his firearm.

All four officers who attended have had their weapons retained by the police.

The man had a cut down .22 rifle in his possession. It was retrieved at the scene. 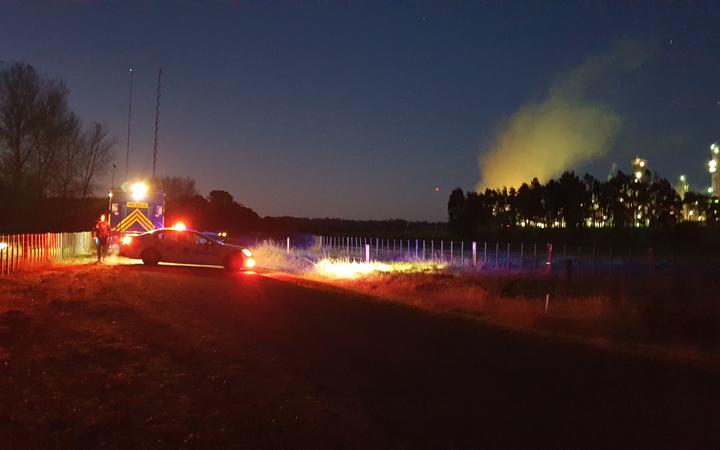 RNZ reporter Robin Martin, at the scene before dawn, said three police vehicles were there and a cordon was on Mamaku Rd.

A floodlight from a police vehicle lit the scene and a blue tarpaulin was visible.

A family friend of the man fatally shot has described him as a keen outdoorsman who loved motorbikes and hunting.

An investigation is under way, and the death will be referred to both the coroner and the Independent Police Conduct Authority.