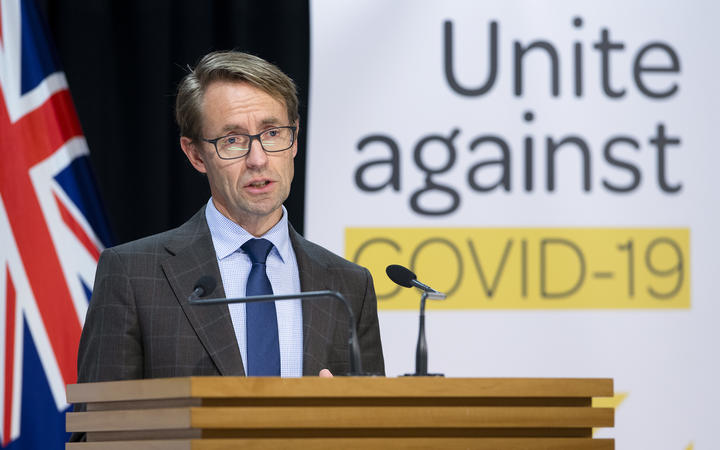 Director-General of Health Dr Ashley Bloomfield told Morning Report the NZ Covid Tracer app would be helpful for getting the country towards alert level 1, but not critical.

The number of cases is still the biggest factor.

"When you download the app you're invited to register some contact details. That's the only information that's held by the Ministry of Health ... it is only used if needed for contact tracing.

"It's not available to anyone else for enforcement or other actions."

The main function is a QR code reader to identify unique codes on the venues people visit, and record the time and date people visit.

You can't be compelled to hand over the information. But Dr Bloomfield said the app would help people remember where they had visited.

"Most of us will have a diary but even that doesn't have the detail you know if we've popped out to the shops at lunch time, we can't remember five or six days ago just when we went there ... so this app will help trigger people to remember where they were and when."

Dr Bloomfield said the app was "pretty straightforward, it's not a big app, it doesn't take much storage on your phone".

The next function in the works was a bluetooth option.

"(That is) the ability for your phone to detect another device close by and exchange a secret code with that device, that's the next fuctionality, and we're well down the track of working that up and looking to release that in June."

It would be an extra level of detection to identify if people were near others in case contact tracing was required, Dr Bloomfield said.

People would have the option to add that function to the app further down the track, but the core of contact tracing would continue to be people in public health units and the national call centre.

"Even without the app we're about to find 85 percent of close contacts and get them into isolation within 48 hours and we want to retain that sort of level even if we get an increase in cases and the app will absolutely help with that," Dr Bloomfield said.

However, technology commentator Paul Spain said the contact tracing app was not as functional as he had hoped.

He said it was difficult for users to record every single place they have visited.

"There's no way to manually put a note or any record of where you have been. It's only those places with a barcode.

"So I just wandered out the last half hour round the local stores and the strip mall, supermarket, bank, well-known food retailers and restaurants. No one had the barcode up."

The app was officially released today, however some users were able to download it early from the Apple store yesterday.

Once downloaded, the app asks users to create a personal account including their name, email address and phone number.

Users are then asked to scan QR codes at businesses, public buildings and other organisations to keep a record of where they have been, in the event they need to reached for coronavirus contact tracing.

The information will be stored for 31 days by the Ministry of Health, which uses Amazon Web Services in Sydney to store the data, before being automatically deleted.

The app is available via the Google and Apple stores.