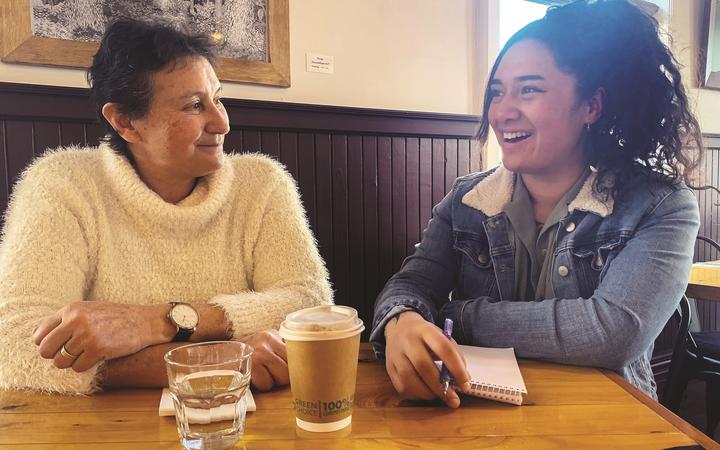 Lyn Riesterer is the first Ōpōtiki Mayor to take on the Tuia Programme, which involves mayors developing the leadership capacity of young Māori in communities throughout New Zealand.

The first Ōpōtiki participant, Te Aho Jordan, said only months in, the programme had already had a huge impact on her life.

As well as improving leadership skills such as networking and public speaking, it has helped Jordan explore her identity as a young Māori woman.

"This programme has been eye-opening for me as often people view young Māori from certain backgrounds in a certain way, but this programme has all kinds of people from all walks of life," she said.

"I have spent a lot of my life struggling to navigate te ao Māori and te ao Pākehā and struggling with my own identity between those two separate worlds.

"I have only seen people excelling in one or the other, but in this programme, I have seen strong people who are thriving in both sides of their whakapapa and they are showing me the way."

Jordan works with rangatahi at mahi and said she often encountered rangatahi who were struggling in the same way and experiencing this shift herself had enhanced her practice in the area.

She said, like others in the programme, she struggled to speak about the depth and meaning of the programme in English and describing its impact carried more weight in te reo Māori.

"It's so much more than just the English definition of a programme," Jordan said.

Usually those participating will travel across New Zealand to attend wānanga, but the programme has had to adapt to the Covid-19 lockdown.

Jordan said instead of travelling, participants had gathered online to hear from an influential guest speaker based in Hawaii.

While it was a shame to not meet in person, she said the online meeting did have advantages in that they were able to connect with people internationally, which they would not have done otherwise.

While the Tuia Programme benefits the rangatahi involved, it also has benefits for mayors and the wider community.

Riesterer was encouraged by former mayor John Forbes to be the first Ōpōtiki mayor to take on the Tuia Programme as she is a former teacher.

Through the programme, mayors learn skills and strategies to develop meaningful relationships with their rangatahi and are integral to nurturing the leadership qualities of their mentee.

"I think the real benefit of this programme to Te Aho is the networks she will build and the life-long friends she will gain," Riesterer said.

As part of the programme, Jordan is required to undertake and record a 100-hour community service project.

Together, she and Riesterer are seeking to support and assist rangatahi across the Ōpōtiki district.

Riesterer said Ōpōtiki had an abundance of community-led programmes which sought to support rangatahi in the community yet often their work was done behind the scenes and in isolation.

She and Jordan are working to bring these groups together to form relationships and share ideas to benefit the entire community.

Riesterer said they would like to form a supportive framework for each youth group as well as contribute to, and facilitate ideas and initiatives.

Groups could then collaborate and bring their resources together.