Peter Meihana knows what it is to be marginalised as a Māori in a Pākehā world, and then as a Pākehā in a Māori world. 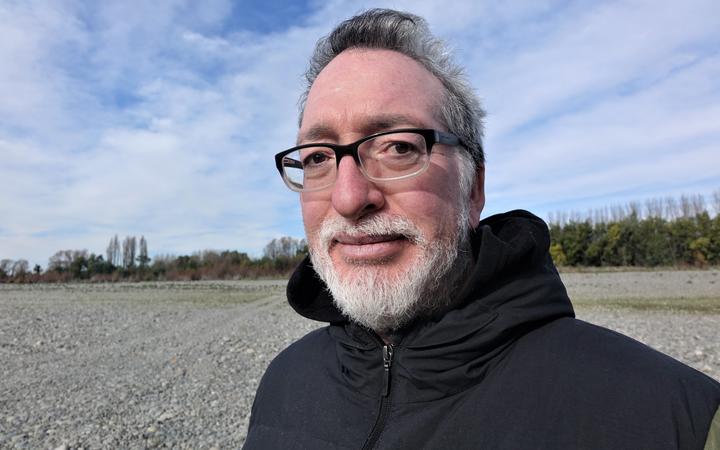 The Marlborough-born lecturer in Māori history at Massey University has straddled the boundaries because of a skin condition he developed when he was young.

Dr Meihana was born brown, but developed autoimmune disorder vitiligo - a condition in which the skin loses its pigment cells.

By the time he was an adult he was recognisably Pākehā.

Meihana is also a trustee of Te Rūnanga a Rangitāne o Wairau, which represents Rangitāne iwi members across a range of social and political issues.

On a recent journey along the banks of Marlborough's Wairau River, he spoke with RNZ about how he has learned first hand the advantages of being fair-skinned, and the meaning of white privilege.

"When you look at me, you see someone who looks Pākehā ... or not what people assume a Māori person looks like.

"When I was young I was very, very brown, and my brother and sister - when you look at them you'd say, yes, they are Māori. When we're all together, people who don't know us will look and go: 'Huh, that guy looks the odd one out'."

Meihana said he was the white sheep of the family, which had made him sit up and take note of the recent conversations around white privilege.

"It's something I can talk very plainly about because I have white privilege."

He has been in a number of situations with his siblings and cousins where he had been treated differently, in the same place.

"They just look at me and I'm white, and there are certain advantages, even in the way I'm spoken to, but in saying this I remember growing up brown and experiencing racism, going through school here in Blenheim where I was taunted and called horrible, nasty names." 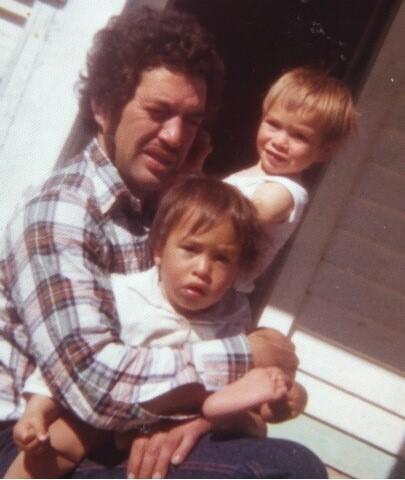 Dr Peter Meihana as a child (front centre) on his father's knee and in front of his brother. Photo: Supplied

He came home from school one day and told his mother he no longer wanted to be brown. It was not long after that the vitiligo showed up, first as white patches on the tips of his fingers and toes, on his knees and around his waist.

The condition meant his fair skin burned easily, so he remained inside a lot, surrounded by books and listening to adults talking.

The condition began to advance rapidly once Meihana became a young adult.

"When I got to university my face was still brown. I started growing a goatee (beard) because back in those days you had to be 20 to get into the pub and I thought a goatee would make me look a bit older, but when it started to grow I noticed a little patch of white hair."

From then on, the vitiligo moved rapidly over his face, and within a decade he was completely white.

"People began looking at me as if I was Pākehā. Sometimes people would look at me oddly when I spoke, but it's absolutely true that having white skin helps in a colonised setting.

"I see it in my own brother and sister - they struggle with things I don't have to."

Meihana said his childhood experience of racism had conditioned him.

"When I heard racism again, and I became wiser to the situation of Māori in New Zealand, I would be outwardly hostile.

"To some it looked like, 'who is this white guy saying all these things'."

He was then categorised as a white, liberal academic standing up for Māori, caught between two worlds.

Meihana's experience led to his PhD in "the paradox of Māori privilege" - or how Māori have been portrayed as privileged since Cook's arrival in 1769 and up to 1940.

It attracted early media attention, and a new label for Meihana: "An albino with a bone carving".

"I thought, oh well, I'll just wear it but I didn't really care, because for me, my focus is my own iwi/hapū, community. People there look at you and they don't really care ... all they need to know is who my grandparents are, and as long as they know that, they know how I'm connected to them."

Meihana was comfortable in his own skin, and loved spending time among his community in the Wairau, and being able to offer something back which perhaps his white skin had enabled.

"I've not talked about this much, but as a child and then a teenager experiencing certain things, and then having it flipped upside-down ... there's no way the person I am now, I can separate from what I was - or what I looked like.

"All those things shape your identity."