The final stage of Middlemore Hospital's new $67.5 million mental health unit is expected to be completed this month and according to a Counties Manukau District Health Board report it will set the benchmark for similar facilities in New Zealand. 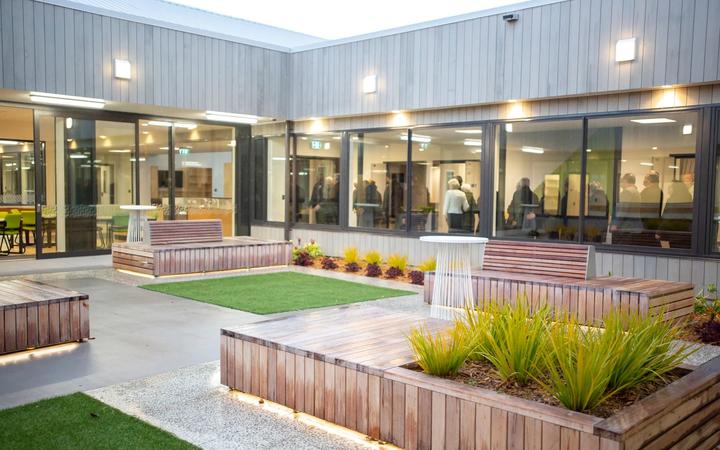 The second stage of the Tiaho Mai Mental Health Unit is expected to be completed this month. Photo: Supplied

A spokesperson for Counties Manukau Health said it had not yet finalised a date for the official opening, but was looking forward to the unveiling of the final stage of the Tiaho Mai Mental Health Unit.

"Tiaho Mai will have the capacity to accommodate 76 patients at the completion of stage two with the new area including a large therapy courtyard with dedicated therapy rooms which will help people transition back into the community."

The project has been affected by delays since construction started in 2016. The collapse of Ebert Construction, which was building the unit, in August 2018 meant the project ground to a halt. Hawkins Construction took over the contract to build the facility and despite the setbacks stage one was completed in November 2018.

The project received a $10.5 million funding boost from the government in April last year.

Work on stage two began in early 2019 and will double the number of patients the unit can hold and will also include a large therapy courtyard with dedicated therapy rooms which will be part of a pathway for patients out of the unit and into the community.

The new facilities are needed as the pressure on post-lockdown services increases.

According to a recent paper to the Counties Manukau District Health Board's Hospital Advisory Committee, the Tiaho Mai residential mental health inpatient unit noted a marked increase in the length of stay of patients in May during the lockdown.

The number of patients has not dropped off post-lockdown and the Division of Mental Health and Addictions expects the trend to continue as people "begin to grapple with their new reality post-Covid-19", the paper said.

Reasons for the increase included greater financial strain due to unemployment, limited ability to cope with new norms and the fall-out from family violence.

The findings are in keeping with a report released in June by Koi Tū: The Centre for Informed Futures. The think tank and research centre predicted a mental health tsunami in the wake of Covid-19, with the number needing support tipped to double.

According to Counties Manukau Health, one in 10 adults aged over 18 years of age in the Counties Manukau is receiving care for a mental health disorder. This equates to over 35,000 people. And two thirds of them have only been seen by primary health care providers.