Buller Mayor Jamie Cleine is suggesting Reefton people be consulted over plans to set up a network of security cameras in their town. 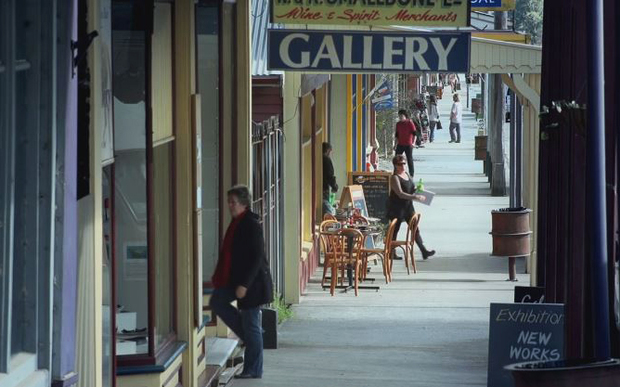 The town's business association has $17,000 in the kitty to set up security cameras in Broadway and the three entrances to the town, the Inangahua Community Board was told. Photo: Buller District Council

The Inangahua Community Board heard last night that a proposal involving local business people and the police for a surveillance system in public places, was now ready to go ahead.

Chairman John Bougen said the business association, Reefton Inc, now had $17,000 in the kitty to set up the cameras in Broadway and the three entrances to the town.

"The businesses started up a shop-front contribution fund some time ago but the problem has always been the cost and the monitoring."

The police had agreed to take care of the monitoring as needed, the council supported the proposal and the cameras could go up any time now, Bougen said.

The mayor sounded a note of warning.

"I think the project is generally accepted but how about some public consultation? Not everyone is happy about being watched - this is quite a change in attitude for a place like Reefton, and it could maybe cause a few problems later on if people aren't aware of what's happening.

"Does everyone want to be monitored every time they go out and maybe park at someone's house they shouldn't be at?" Cleine joked.

"I'd like to know who the little s----s are who keep knocking down the hanging baskets, and the police need information on driving offences."

The cameras would also be installed in The Strand, with more people and their dogs using the reserve beside the river as it was cleared and tidied in the revitalisation project, Bougen said.

"As far as I'm concerned the first camera can go under the town bridge so we can see who's defecating there."

The deposits under the bridge had become a problem since the former freedom-camping site toilets were locked this year, when government funding from the tourism levy for their maintenance had ceased, Hawes said.