Tougher government rules for air quality will effectively ban the use of coal for home-heating and hurt West Coast communities who rely on it to keep warm in a rugged climate. 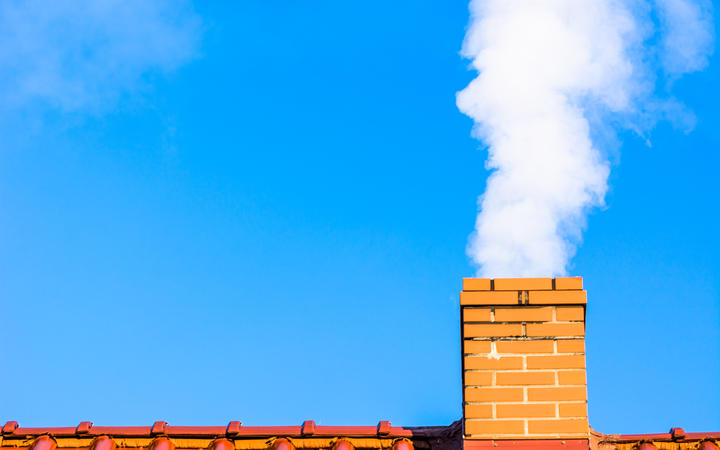 That is the warning from the West Coast Regional Council in its submission on proposed changes to the National Environmental Standards for Air Quality.

The regional council said it supported the change in principle, because research by the World Health Organisation stated smaller particles were more hazardous for health.

It objected to proposed restrictions on multifuel burners, however.

Technology could enable coal-burners to meet emission standards, but the changes shut the door on that option, the council said.

"We are extremely concerned that the proposed changes to the standards for domestic burners will have perverse economic and social impacts on the people and communities of the West Coast through the inability to burn coal," it said in its submission.

The West Coast was the wettest region in New Zealand with average yearly rainfall totals of between 1746mm to 11,228mm, the council said.

That made it a damp place to live, and it was also an area of high deprivation and low incomes.

"Efficient heating is extremely important to ensure that people are not living in damp, mouldy homes. A large proportion of West Coasters use coal for heating because it is cheap and easily accessible."

Electricity was expensive on the coast and local people, especially older residents, often preferred coal, because it could be used immediately while wood had to be chopped and dried.

"Coal burns hotter than wood when a solid fuel burner is operated correctly, heating homes faster, and to a higher temperature, than other forms of heating. It is therefore the preferred fuel for many on the West Coast," the council noted.

Reefton people would be especially affected by the tougher rules, the council predicted.

The sub-alpine town surrounded by hills is the only one on the West Coast with a gazetted airshed: a legally designated air quality management area, monitored by the council.

Reefton had frequent fogs in winter, and high humidity that increased the need for home heating, the council said.

"It is over these winter months that air quality is at its worst because there are more people operating their fires for longer periods in order to reduce ill health and damage associated with damp homes.

"Prolonged exposure to mould results in major health impacts. Therefore, in Reefton, it is particularly important for people to be able to efficiently and effectively heat and dry their homes.

Reefton was also subject to unplanned power outages over winter months and people had to be able to heat their homes when that happened, the council submitted.

The regional council has been monitoring PM10s in Reefton since the early 2000s and found air pollution levels exceeded many times in winters from 2006 to 2016.

An estimated 62 percent of Reefton households used multi-fuel burners and on an average winter's night, about 145kg of PM10 were discharged into the air, it said.

"The trigger for tougher emissions standards appeared to be improved woodburner technology that could meet the new standard," the council said.

"This is akin to 'let's do it because we can', which is not a robust or valid reason for making the standard more restrictive."

Trials of an electrostatic chimney filter in Reefton in the early 2000s had shown the device could reduce emissions by 90 percent.

It agreed in principle that the new standard should apply to all domestic, solid-fuel burners newly-installed on properties less than 2ha in size.

That would improve air quality and the health of people in built-up areas on the West Coast, the council said.

"However, we are extremely concerned that the standard, as proposed, will effectively ban the use of coal for the heating of homes.

"There are currently no burners on the market that can burn coal and meet the proposed standard. This is concerning given the numbers of of low-income West Coast homes burning coal for their heating.

"Given the potential social and health impacts on West Coast people, central government should support and encourage the use of innovative burner modifications and devices that reduce emissions," the council said.

Trials of an electrostatic chimney filter in Reefton in the early 2000s had shown the device could reduce emissions by 90 percent.

"Over time, technology may be developed that will allow people to burn coal and still meet the standard.

"We strongly support requiring burners to only be replaced when they need replacing. This will mean that the standard will not apply for some West Coasters for a number of years, given that the average lifespan of a multifuel, or coal burner is 20 to 25 years. People who have just replaced their burners should not be unreasonably required to replace their 'newish' burner."

The Warmer Kiwi Homes Scheme, which subsidises alternative heating sources, should be extended and the government should also support the provision of cheaper hydro-electricity generation on the West Coast, the regional council concluded.