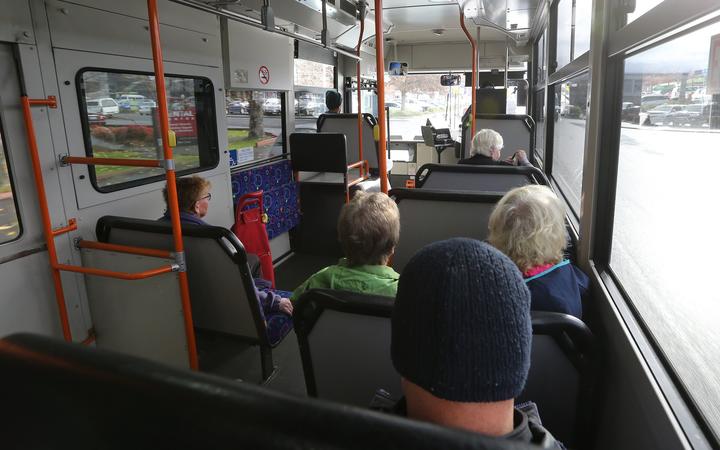 Three new bus routes will be trialed in Marlborough from February, for 18 months. Photo: Stuff/ Scott Hammond via LDR

The Marlborough District Council announced on Thursday it would trial return bus routes to Renwick and Blenheim's south and south-west regions for 18 months, from 17 February.

It agreed to fund a trial of new bus routes in late 2018, and had since started a Blenheim-Picton trail service in August last year.

"[South-west Blenheim] is where the population is growing, and it's good to see people from Renwick getting a bus service," he said.

Faulkner said buses were often the only alternative to driving that older citizens had, which was "one of the problems of getting old".

He was certain Grey Power's Renwick members would welcome the service, and encouraged all members to support the new bus routes.

The Blenheim to Renwick service would run four times on weekdays and two times on Saturdays, but not on Sundays.

It would start and end at Blenheim Countdown, stopping at public favourites, like Springlands Countdown, the Westwood Ave PAK'nSAVE, the Marlborough Airport and Woodbourne.

Wairau-Awatere ward councillor Cynthia Brooks, who lived in Renwick, said the new route would allow people from Blenheim to "pop out" to the neighbouring town for coffee, lunch, or cycling.

Brooks said all three expanded services were "great news", especially for people wanting to ditch their car and take the bus.

"[The] council took on board lots of feedback from the public, who suggested routes and travel times. I think we have found a good solution that meets the needs of our community and our growing population."

Blenheim's two new services would run on weekdays at the same time, leaving from Blenheim Countdown's bus stop at 7.30am, 8am, 5.15pm and 5.45pm, and returning 23 minutes later.

Hopping on a bus to Renwick would cost adults $3 a trip, and school children $1.50. SuperGold card holders could travel for free during off-peak hours, in the mid-morning and mid-afternoon.

New Blenheim services cost $2 for adults and $1 for students. Children under five could travel all trail routes for free.

Both services would be operated by Ritchies Transport Holdings Ltd through a variation to the Blenheim Bus Service contract.

Brooks said the three new services were "much more likely to continue" in the long run if the public supported them.

Locations and timetables for the new services would be posted to the council's website before 12 February.