Conservationists behind a proposed quad bike ban in Marlborough say fossil-covered beaches are being used like a "racetrack". 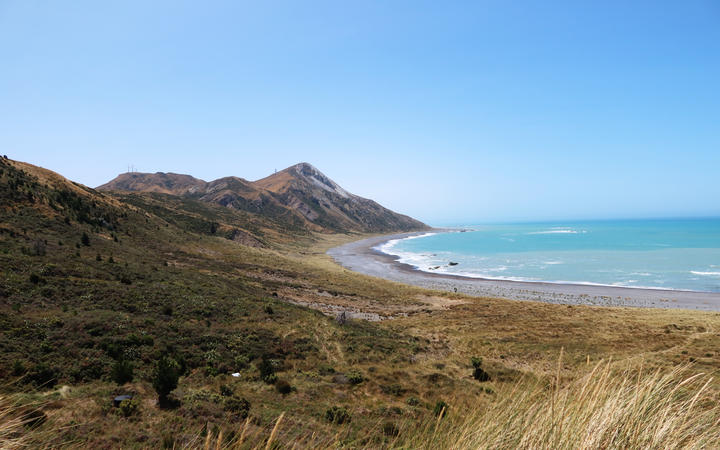 Attendees toured the Needles and Chancet Rocks, and discussed the Marlborough District Council's decision to draft a bylaw, which could ban vehicles from a 45km stretch of the east coast.

Quad-biking fishermen have long cruised the region's east coast, but access to it became easier after the 2016 Kaikōura quake exposed flat platforms of reef which used to be under water.

Council biosecurity officer Mike Avis said he was "really affected" when he realised people abused the "unbroken stretch of beach".

"We've found tracks showing that people have used this area as a racetrack, and cause a huge amount of damage to plants," he said.

"At the moment, we have no way of stopping these people." 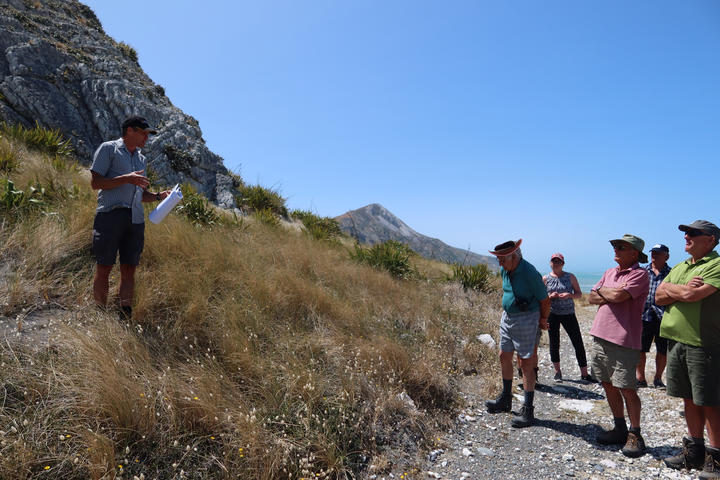 Marlborough Boys College biology teacher Mark Anderson ran a study of the nation's only native venomous spider, the katipō, and said the east coast's populations were of national significance.

"People can and do drive here and over the dunes. On one dune here, we found 5000 [katipō spiders] a hectare," Anderson said.

Anderson said the findings were significant as the highest population density found in a 2010 study along the Manawatū-Whanganui coastline was 21 spiders per hectare.

He and his daughter had found there were about 40 katipō spiders a hectare at the Needles and 2500 a hectare at Marfells Beach. 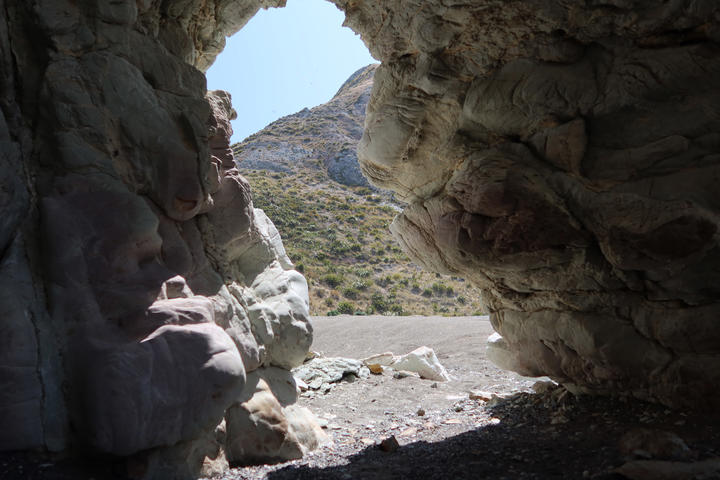 A letter sent to landowners along the east coast said vehicle traffic and environmental pressure had increased since the earthquake.

"Council investigations have concluded that motor vehicles are hampering the process of recovery of the reef platforms, are a threat to indigenous vegetation species and habitats of indigenous fauna that are present along this coast," the letter told readers.

Its technical report, which informed the proposed bylaw, said there would be "long-term consequences" if uncontrolled vehicle access continued along the coast. It recommended speed limits be imposed at Marfells Beach and Ward Beach, so fishers could launch boats.

Fisherman Craig Marfell, part of the family that gifted Marfells Beach to the Crown, asked if the scientific methods behind the report were available, so they could be scrutinised by the public.

Cape Campbell farmer Rob Peter said more science and studies had been done than what was contained in the technical report.

Marfell said he had been using a quad bike to fish along the east coast for two decades and thought "nature [was] healing itself".

He thought education was the best solution for everyone. He suggested a vehicle code of practice be put in place down the coast, as well as signs telling drivers of the code and the reasons for it. 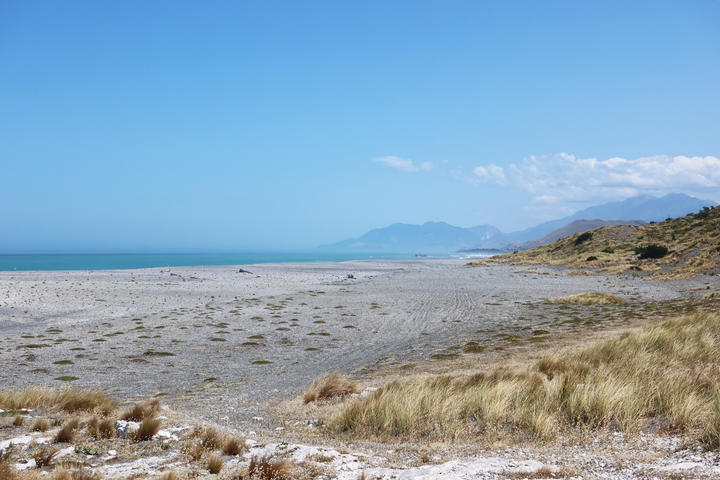 Tyre marks from where vehicles have been driven. Photo: Chloe Randford / LDR

His father, Ken, said he was concerned banning quad bikes would encourage people to put themselves at risk to still access the coast.

"Only experienced fisherman like Craig [Marfell] go out there, and in a good boat, at the moment. But if you ban quad bikes, people in tin boats will go around and there will be another death," Marfell said.

Cape Campbell farmer Sally Peter said three people had died on the east coast in the past 10 years, and all had used quad bikes.

Council strategic planner Sarah Edmonds, who was managing the bylaw process, said the council was currently speaking with landowners and stakeholders, while also drafting the bylaw.

This would be taken to the council in February or March, before a "minimum of one month" consultation from March or April, where people could submit their views on it.

A hearing committee would then deliberate and make a recommendation to the council, who would reach a decision.

"Then, the Minister of Transport has an opportunity to comment on the bylaw, and then by the end of year we should have it out."