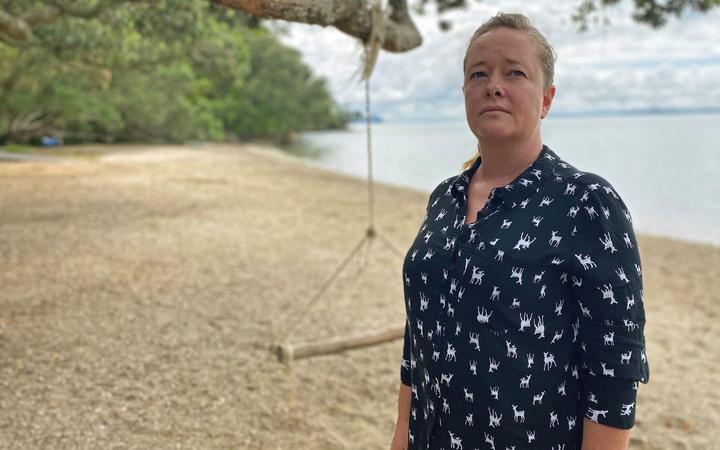 The abysmal Manukau Harbour readings come as the underresourced committee promoting its restoration says it is on the brink of winding back its efforts due to a lack of Auckland Council support.

Last week, the Local Democracy Reporting service revealed Auckland Council is looking to overhaul the Manukau Harbour Forum (MHF), which, according to a report by Dr Nigel Bradly, was "failing to achieve its vision".

This week, Manurewa Ward councillor Angela Dalton, a past member of the MHF, said the Manukau Harbour needed to be treated as "an absolute priority".

"I would like the Manukau Harbour to have as much focus as Kaipara and Waitematā," she said.

"It needs to be given the credit that it's due. It's been not looked after up until this point."

Part of her committee's vision, according to the Bradly report, was a programme of "integrated harbour management" to make sure the Manukau had a "rich and diverse marine and terrestrial environment that is able to be enjoyed by all".

MHF itself was not responsible for cleaning up the harbour, but Toms said it would "love to have that mandate and associated funding and resourcing to do so".

"We've definitely been saying we need extra help," she said.

"In the second term, when I was first involved, because of the lack of support from the organisation it was recommended by the staff that support us that we reduce our meeting frequency to quarterly, so we really had to put our foot down to maintain bi-monthly meetings."

Even with bi-monthly meetings, it was difficult to maintain momentum and keep Manukau Harbour "top of mind", Toms said.

The forum did secure some local board funding.

"We developed a work programme and did an estimate of how that much would cost, divided by nine, and people went and asked their local boards to put the money in.

In the end, the forum commissioned the Bradly report, a scathing review used to make the case to Auckland Council's governing body for more support.

The Bradly report found the committee was "failing to achieve its vision" and would not do so without "significant change and additional resourcing".

It uncovered reasons why the forum was failing to deliver, including inadequate resourcing, a lack of understanding of the harbour's health and the absence of long-term planning.

A "very consistent theme" interviews done during the review "was that Manukau is 'the forgotten harbour'," Bradly wrote.

"Much more attention is given by the Governing Body, interest groups and the general public to other coastal and harbour areas within Auckland and that without an entity focused on the Catchment and Harbour, this will continue."

Toms said the forum's work to date included a communications plan to raise awareness of Manukau Harbour as a cultural, spiritual, recreational and economic taonga.

A contractor had been hired to visit small harbour sites not covered by the council's monitoring and compliance team.

"There was a whole lot of photographs and evidence gained by that and we used that, in conjunction with another local board's project, to then also advocate the governing body to increase compliance resourcing, which they did," Toms said.

Local boards straddling Manukau Harbour had asked for hydrodynamic modelling of the harbour to be brought forward.

"We did finally get some commitment from council for funding," Toms said.

However, the committee's main activity was commissioning the Bradly report.

And despite the forum's work, Dr Bradly's review described "universal frustration regarding the general lack of influence of the forum; articulated by several members as a 'lack of teeth'".

A spokesperson for Auckland Council said the organisation had provided "ongoing support for the MHF".

"This includes governance support for meetings and discussions as well as operational support for initiatives, from across the council," she said.

"The Bradly report now gives us some further direction, which will allow us to revisit the support we provide."

Auckland Council refused to say whether it accepted any blame for the forum's failure, given the apparent lack of support for the MHF.

Instead, it said the council "accepted the recommendations of the review".

It would work closely with elected members and interested parties "to ensure the recommendations can be implemented over time".

Meanwhile, Auckland Council head of Healthy Waters strategy Andrew Chin said a number of projects were underway that would contribute to better water quality in the Manukau Harbour.

He said $100 million was being spent on the Awakeri Wetlands Project, which would reduce flood risk and open up recreation opportunities.

Auckland Council was working with the construction industry to reduce sediment run-off from earthworks, he said.

Watercare, meanwhile, was upgrading treatment plants in Māngere, Waiuku, Clarks Beach and Pukekohe to cope with a growing population.