Going paperless, getting fit and giving less time to "perpetually offended grievance hunters" are on this year's to-do list for Marlborough councillors. 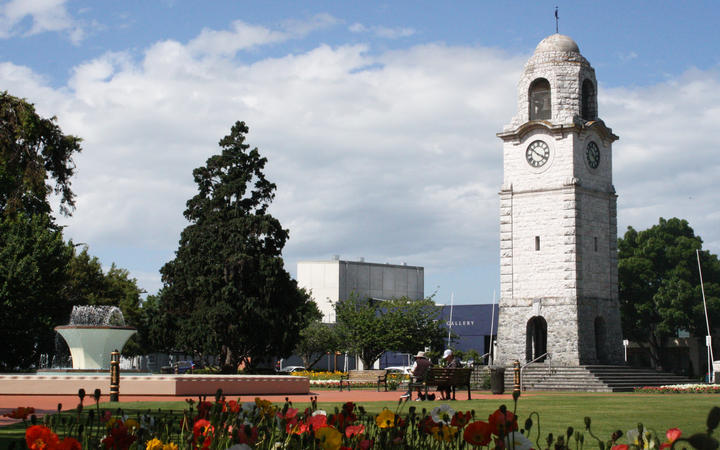 The disclosures come as part of a request to councillors to share their personal and council-focused new year's resolutions.

Councillor Mark Peters said his personal goal was to journey back to the Lebanon village that his grandfather and four great-uncles left 125 years ago to emigrate to New Zealand.

"My council new year resolution is to work hard towards getting planned projects and infrastructure works underway and with substantial progress by the end of the year," he said.

He also wanted to oversee a "smart and effective" annual plan.

Jamie Arbuckle aimed to "go paperless" as a councillor by using his council-issued iPad and saying "no to printed agendas".

On a personal level, he would "enjoy each day and have fun".

Brian Dawson personally wanted to achieve his quickest time in Blenheim's King of the Withers race on Saturday. He finished the race in 1 hour, 15 minutes and 23 seconds, shaving 2 minutes and 20 seconds off his personal best.

He also hoped to "make a difference" to the town centre, which had long struggled to attract locals and tourists, through his new role as central business district (CBD) and property portfolio holder.

"Friends were very generous with some beautiful Makana chocolates at Christmas, and I am paying for it now," she said.

Her resolution as councillor this year was to learn about the committees she was on, and "general council processes".

She intended to visit constituents in the Marlborough Sounds ward as much as possible. D'Urville Island residents noted late last year that they often had to travel great distances to meet councillors or council candidates in local body elections.

David Croad's personal goals were fixing the landscaping of his family's new home, and improving his fitness and health.

"I've never been one to make new year resolutions, but always have plans and goals for short and medium term, although they seem pretty tame after watching George Glover achieve his amazing goal [of swimming 123km] over the last 10 days."

Croad wanted to better learn his core role and responsibilities as a councillor, and positively contribute to "making Marlborough an even better place" than it was at present.

Tennis was the personal focus for Marlborough Mayor John Leggett, who aimed to use his club membership more.

He was also "committed" to communicating with Marlborough's community during this year's annual plan process, to ensure the council received "informed feedback" for decision making.

Jenny Andrews said her new year's resolution was to continue lobbying for the region's senior population, and to encourage her colleagues strengths in their supporting of the community.

"[Personally] to enjoy life and be grateful for the blessings that come my way, be they family or friends," Andrews said.

Deputy mayor Nadine Taylor aimed to achieve good consultation during the upcoming "year of bylaw reviews", and support councillors due to sit on the review hearing panels.

Taylor said she preferred to set goals and make changes throughout the year, "rather than waiting for one day on the calendar", so did not disclose a personal new year's resolution.

David Oddie resolved to better understand the "wishes and aspirations" of "the large middle section" of Marlborough's community, which he felt the council did not hear a lot from.

"And spend less time [this term] on the 'perpetually offended grievance hunters' at either end of the spectrum," Oddie said.

Newly elected official Thelma Sowman said she wanted to "learn and grow professionally and personally", so she could help make "the best decisions for the region".

Councillors Michael Fitzpatrick, Gerald Hope, Cynthia Brooks and Francis Maher did not respond in time for this article.