Two Electoral Commission staff have visited the Mongrel Mob headquarters in Wairoa to try to get more members there to enrol. 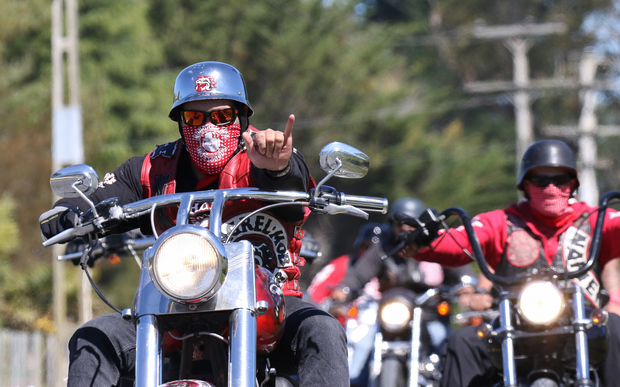 Mongrel Mob members have been visited by Electoral Commission staff to get them voting (file photo). Photo: Photography by Corena

The commission had earlier said it did not feel comfortable going onto the gang's premises, but after a conversation with Denis O'Reilly - an advocate for gang members - it changed its mind.

Mr O'Reilly argued getting gang members to vote was a way of helping them become more law abiding and he praised the commission for getting Black Power members registered at a meeting on a marae in Hawera recently.

"It's a symbol by the Crown that says, 'We care. Yes, we will thrash you if you break the law, but we also want to engage with you.'

"So it's as symbolic as anything," Mr O'Reilly said.

The commission said the staff met with gang leaders on Monday and talked them through the enrolment process so they could help their friends and whānau to enrol.

There was some inital concern about the invitation to speak with the Mongrel Mob but Rangi Tamati, the president of the Wairoa Chapter, said it went really well.

"They were Māori, so we were just treating it like our pad was our marae, and I think they were comfortable."

Mr Tamati said the enrolment initiative was kick-started by Rex Timu in Hastings. In turn, he has passed on the contact details for the Gisborne chapter of the Mongrel Mob to the Electoral Commission so they can get the same briefing.

"A lot of our guys are getting interested and wanting to know about the election and how they go about it. So our senior members in our club have made an effort that we do it as a collective, make our votes effective."

Roughly 40 people were at the hui and have been busy signing up other members, their partners and wider whanau and friends.

"They started us off, and now its got us buzzing."