It was a more subdued affair this time around, but moderator Mike Hosking delivered when the real talk was needed. 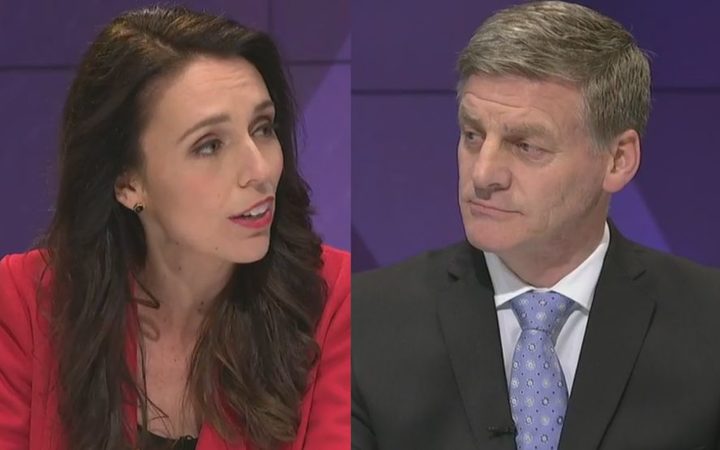 English: "No we did not, you discovered we had a better target than you did and you had to scramble to catch up."

Ardern: "You've been content to let it slide, to let it get worse over the last nine years."

English: "No it hasn't got worse."

Hosking: "Bill, I don't think there'd be many people watching this programme who don't think that people living in motels, people living in cars, people in social housing probems, that there isn't a major, major issue in this country and you can't sit here and deny it ... You might be tackling it but to say it's not getting worse is delusional."

My solution is better than yours

English: "We've got better solutions than you, which has become quite clear through the campaign."

Ardern: "You've had nine years to trial your solutions and they haven't worked very well."

On that fiscal hole

English: "There is a big hole, everyone agrees there's a hole in the Labour budget."

Ardern: "No one agrees with you."

Hosking: "Bill, not a single economist agreed with you."

English: "We want the best for New Zealand."

Hosking: "Don't we all, congratulations, kumbaya."