New Zealand First will not support National or Labour's policies to impose new taxes on farmers or include agriculture in the Emissions Trading Scheme, its leader Winston Peters says. 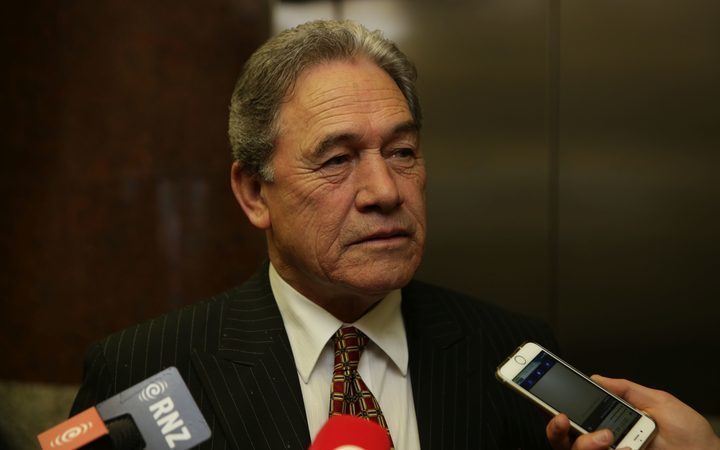 Labour is proposing to introduce a charge for irrigated water and to include agricultural emissions in the ETS.

In front of an audience of more than 100 people today in Ashburton at an event organised by Irrigation New Zealand, Mr Peters said the average irrigated farm in that area would be charged up to $29,000 under Labour's plan.

"What's wrong about asking farmers to do it alone is it is absurdly unfair," he said.

The biggest pollution is coming from our cities - everyone knows that, so why don't we all - city and town and country - do it all together, all pay the costs, all fix the problem up - just like Norway does, just like the UK does."

"It's a management matter - I haven't said we won't charge you a fair price for the management of it - just like the reticulation of water to you or whatever, farmers understand that," Mr Peters said.

"But we're not going to put a tax on it to fix up the environment in the way these people from an urban-centric view are arguing - that's what I'm saying.

I understand how critical it is for farmers in this country and producers of all sorts of product to have water."

Asked if that meant New Zealand First wouldn't support a Labour-led government at this weeks election, Mr Peters said National is proposing to do the same.

"New Zealand First is opposed to these sort of unfair water charges whether the come from the National Party, which is behind closed doors right now being negotiated, or whether they come from the Labour Party - we are not going to support either party to do that."