The Mana Movement and Māori Party say a merger of the two sides is a possibility, but not until after the election. 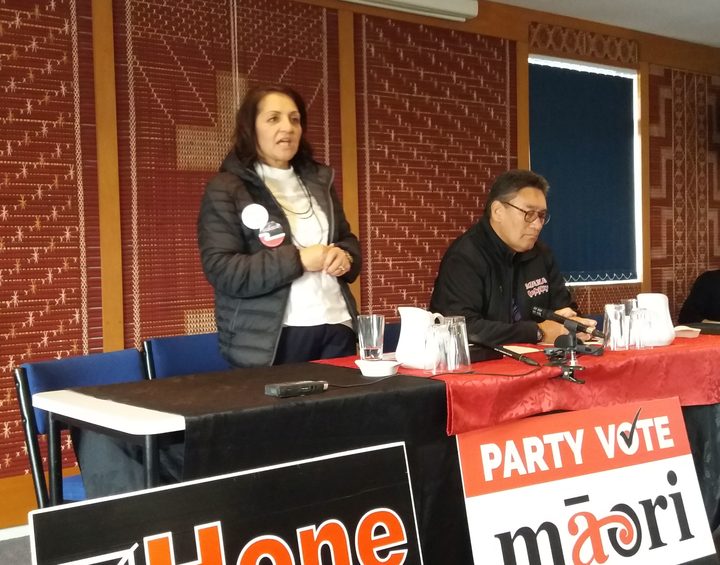 During a hui on Auckland's North Shore on Sunday, Mana leader Hone Harawira and Māori co-leader Marama Fox said old differences and rifts had been left in the past.

The future would be one of cooperation, they said.

Mr Harawira would be spending the next 13 days until the election sharing stages with Māori Party candidates, in exchange for its support in the Te Tai Tokerau electorate.

The two parties made a deal earlier in the year in February not to stand against each other for the Māori seats.

In front of an audience of supporters today, Mr Harawira and Mrs Fox also talked about their working relationship, Te Reo in schools and reducing the number of Māori in prison.

Mr Harawira said the Mana movement was very comfortable with the united front and he would be actively supporting all the Māori Party candidates.

"There's a willingness to set aside old differences, and to start focussing on building something for the future.

"Our people have wanted this for quite a long time and we have a obligation to put it back together, the King has given his blessing to it," he said.

A merger between the two parties was always on the cards, Mr Harawira said.

"But right now, we just want to focus on doing the best we can, win as many of these seats, the Māori seats back into Māori hands."

Mrs Fox agreed that talk of a merger was a subject for after the election.

Both parties' supporters liked the idea, but how it would work, look and feel was a discussion for the future.