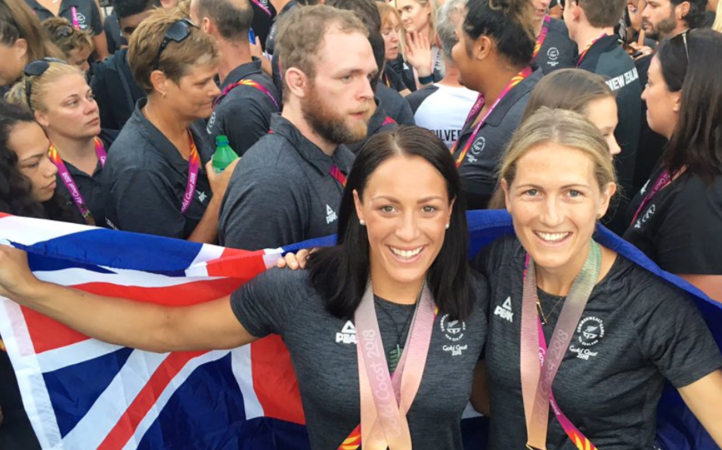 Michelsen said it was a huge honour to carry the flag for the closing ceremony.

The Black Sticks captain said she was not just at the Games as a hockey player, but as a New Zealand althlete -- something that is very inspiring.

"After the game yesterday, being successful with the girls was so exciting and I was so proud of them, I'll certainly have those same emotions walking out there with the wider team tonight," she said.

The Black Sticks beat Australia 4-1 in the gold medal match on the Gold Coast yesterday.

New Zealand team chef de mission Rob Waddell, who made the appointment, says the women's hockey team story has been one of determination and comeback, having missed out on gold at both the Delhi and Glasgow Commonwealth Games.

Waddell said while credit must go to the whole team for their success, Michaelson's leadership has been key to that.

New Zealand has never before won a gold medal in hockey at the Commonwealth Games and the sport was introduced to the programme in Kulala Lumpur in 1998.

The New Zealand team has won a total of 46 medals on the Gold Coast, the most ever won by a New Zealand Commonwealth Games contingent.

Michelsen will lead a team of around 250 members of the New Zealand team into the Commonwealth Games Closing Ceremony tonight.