New Zealand will look at hosting another Commonwealth Games after finishing on the Gold Coast with its highest ever away games result. 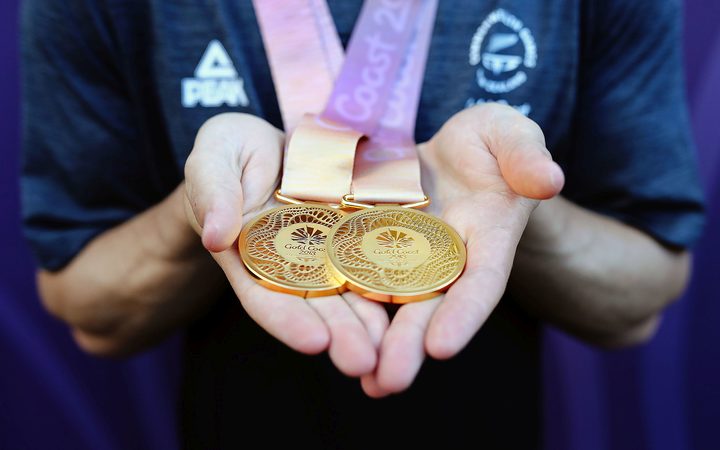 The team won 46 medals including 15 gold medals, 16 silver and 15 bronze exceeding the previous best total of 45, won at the Glasgow Commonwealth Games in 2014 and in Manchester 2002.

The Gold Coast gold medal tally ranks as New Zealand's second highest after 17 in Auckland 1990 - our largest at any away games.

New Zealand's 150th gold and 650th medals were won during the games by Sophie Pascoe and the New Zealand women's basketball team respectively.

Pascoe, who led the team into the games also became the third consecutive flag bearer to win double gold.

"What a great result and what a way to finish with two golds in the sevens." says Chef de mission Rob Waddell.

"It has been a great team to be part of I've felt more than any other team I've been part of they have drawn strength by all coming together."

There were a wide variety of significant performances across the team.

The final day of the Commonwealth Games on the Gold Coast saw New Zealand's men's and women's sevens teams each secure gold medals.

Rugby Sevens women and beach volleyball had had their Commonwealth debuts, with a bronze on the beach seeing both new sports produce medals for New Zealand.

Dame Valerie Adams claimed her fifth Commonwealth Games Medal on day nine of the competition with silver in shot put adding to her silver at her first games in Manchester in 2002 and gold medals in Melbourne, Delhi and Glasgow.

The women's hockey team finally made the top of the podium, with New Zealand's first hockey gold medal in any major games.

David Nyika won the gold medal in the heavyweight boxing on the day ten of the Gold Coast games to go with his light heavyweight gold medal from Glasgow 2014.

"You always want to see an improvement or close to what you got in Glasgow so to go past that that's really positive."

"They'll be some athletes and coaches there that will be disappointed with but the other side you get some that are nice surprises but overall a nice result."

"I would love us to have a look at it, it doesn't mean we commit to it all it means is we open the books, we learn about it we see would it would do for New Zealand."

"There is a lot of good that come from it new buildings, low-cost housing, transport you name it."