The Silver Ferns will come home without a Commonwealth Games medal after losing to Jamaica 60-55 in the bronze medal match.

In another sign that netball's world order is changing, England stunned heavy favourites Australia to win the gold medal.

The Silver Ferns have had a disastrous campaign on the Gold Coast, also losing to Malawi, England, and Australia.

Silver Ferns coach Janine Southby will be under pressure to keep her job after the Ferns worst ever performance at a Commonwealth Games.

Southby said there would be a review process and she preferred to wait for that.

"I don't like to preempt that, we've got to go in with open minds and we've got to also make sure we leave no stone unturned and until that process is done no point in speculating."

When asked if she was the right person for the job Southby said that question would be best answered after a review.

"I'm not saying anything at this stage. I think it's important that you go through the review process and make sure that the learnings are made and that going forward the Ferns are in a strong place from everything that we've learned over the last wee while."

Southby believes the players trust in the game plan.

Reeling from the disappointment of missing out on their first Games final by one goal, Jamaica started the stronger of the two sides.

New Zealand trailed by four at the first break.

The Silver Ferns found better rhythm on attack in the second quarter and managed to level the scores but Jamaica edged forward again, leading 29-27 at the main break.

Shannon Francois hobbled off late in the second quarter, which pushed Sam Sinclair up to centre.

The Silver Ferns should have been ahead.

Maria Folau and Bailey Mes worked well together in the circle but their accuracy was well below par.

The Silver Ferns started the second half strongly, taking the lead for the first time but Jamaica kicked up another gear.

Temalisi Fakahokatau couldn't do a lot to cut the ball off into Romelda Aiken who was just as dangerous as Jhaniele Fowler-Reid.

The Sunshine Girls put on a run of goals before Ameliaranne Ekenasio replaced Mes, who struggled to put up a goal in that quarter. 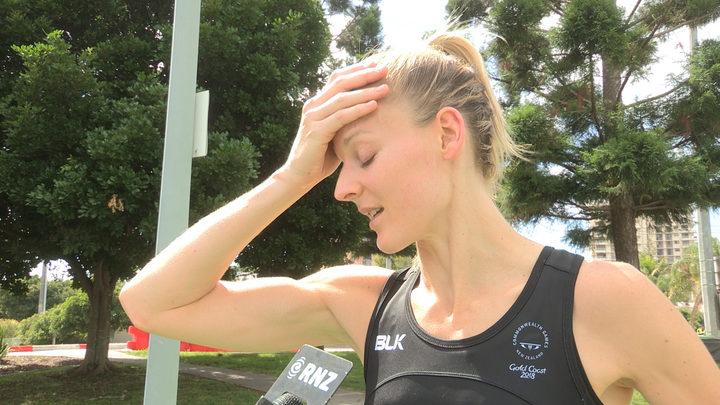 Skipper Katrina Grant continued to toil but her shooters failed to convert.

Jamaica went into the final quarter 7 goals ahead.

The Ferns got to within 4 goals, with 5 mins left but Jamaica held strong.

"It's devastating to come away without a medal. Credit to Jamaica for their bronze medal win and my absolute thanks to our incredible team of hardworking players and all of our supporters back home," said Grant after the match.

Netball was introduced to the Games programme at Kuala Lumpur in 1998 and New Zealand has won gold twice and silver three times.