Shotput star Tom Walsh's coach says the silly bets the pair are becoming known for have a serious purpose - to guard against complacency. 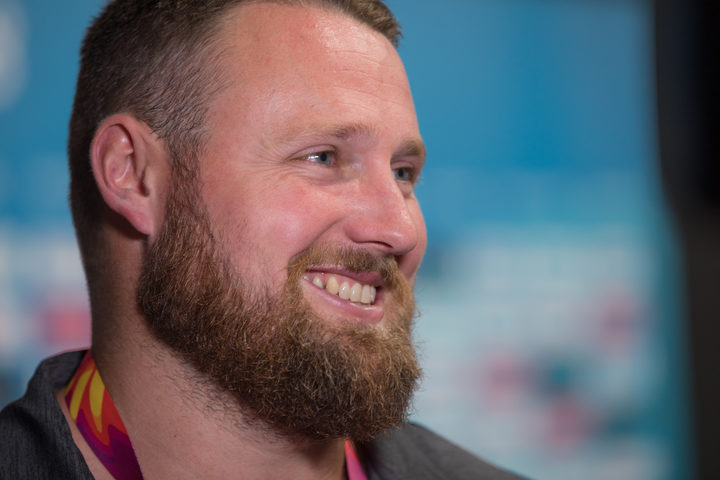 Dale Stevenson has been growing mutton-chop sideburns for the last month, after Walsh won the World Indoor Championships and threw a personal best of 22.31m - which he subsequently exceeded a few weeks later.

Walsh will compete in the Commonwealth Games men's shotput final on Monday - and there would be another bet on the table, both confirmed.

The sideburns were the latest in a series of bets Walsh and Stevenson had had before major competitions.

Most of the time Stevenson lost, but it was a price he was happy to pay, he said.

Walsh's best performances were better than just about any other shotputter competing and so the bets were a way of goading him to new heights.

"One of the risks I see is around complacency and I just want to safeguard against that a little bit.

"It often manifests as something that's a little bit silly … but it has to mean something."

Walsh was extremely competitive and often took the bet as seriously as the actual result, Stevenson said.

"That's a deeper level of competition [to him] than a medal result or a number. It's a mechanism that we've used to our advantage."

Walsh confirmed that, although he also viewed the bets as a way of making serious competitions more light-hearted.

"That's why I was so excited about my last-round throw at indoors because ... I needed to [throw a personal best] and win for him to grow the mutton chops."

He and Stevenson had not yet settled on the terms of their bet for the Commonwealth Games, Walsh said.

"It'll be a discussion today and tomorrow. Usually they are set on the last [possible] day … but there'll be something."

He would still be chasing victory for its own sake, though.

"I still love the chase of that perfect throw."

For members of the public who were also in a betting mood, he noted that he was paying $1.10 to win at the TAB.

"I don't know the return on the Auckland property market but a 10 percent return's not bad, is it?"