Starting in Christchurch in 1981, Flying Nun documented a significant body of NZ music, and is still going today. This is its story from 1980-2002. 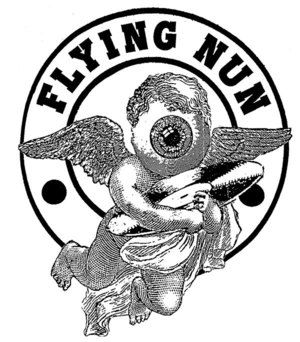 It's one of the great rock 'n' roll stories, full of big personalities, high ideals, opportunities both seized and lost, and a soundtrack to die for because, in the end, (as in the beginning) Flying Nun is all about the music.

It was 1981, in Christchurch, New Zealand when record shop manager and music fan Roger Shepherd decided that someone should be recording the bands he loved to watch each weekend.

Armed with this idea and a mere $50, Flying Nun Records went on to document one of the most diverse and interesting bodies of music in New Zealand - and, some would say, the world.

RNZ's series Flying Nun Records covers the label's evolution from an independent co-operative of musicians and supporters working for free to get the music out there, charts diverging ambitions as some bands find audiences overseas, and the company and artists deal with the dichotomy of creating music and doing business in New Zealand and beyond.

Presented by former Radio With Pictures host Karyn Hay and drawn from over 100 hours of new and archival interviews by producer Liisa McMillan, Flying Nun Records was first made for and broadcast by National Radio in December 2002.

In December 2006 the story of Flying Nun Records, 1980-2002, was made available as audio-on-demand for the first time, to celebrate Flying Nun’s 25th Birthday.

Flying Nun plays a central role in the cultural fabric of the NZ history - so much so that it's hard to talk about NZ music and not mention Flying Nun bands - such has been its impact. Founder Roger… Audio

Founder of influential independent NZ music label Flying Nun. He started it in Christchurch in 1981 and it was home to legendary acts such as The 3Ds, The Clean, The Chills, and Straitjacket Fits. It… Audio

Flying Nun: dusting off the habit

The Flying Nun is dusting off her habit. Grayson Gilmour, Roger Shepherd and ex-Sneaky Feeling David Pine speak about the label's revival. Audio