Air Tahiti Nui says it will offer promotional fares when French Polynesia next month becomes the first South Pacific tourist destination to reopen its borders after the Covid-19 outbreak. 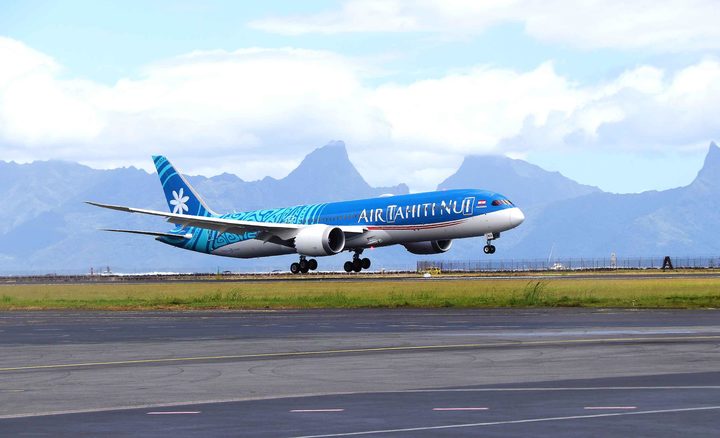 The airline will offer a $US900 one way ticket for French Polynesian students in France wanting to return for the holidays while a second special fare will be made available for families wanting to reconnect.

From 3 July, the airline will fly via Vancouver and require arriving passengers to be quarantined for seven days.

From mid-July, people arriving in French Polynesia will only need a certificate less than three days old to show that they have tested negative.

Air Tahiti Nui will then resume its Paris flights via Los Angeles, which is expected to be connected with Papeete seven times a week.

The restart of international tourism is hoped to cushion the impact of the economic impact of the pandemic which in the US and France claimed about 140,000 lives.

Air Tahiti Nui's flights to New Zealand and Japan are still on hold.