A team from the United States, Australia, New Zealand and Japan will visit Solomon Islands to assess the country's infrastructure needs. 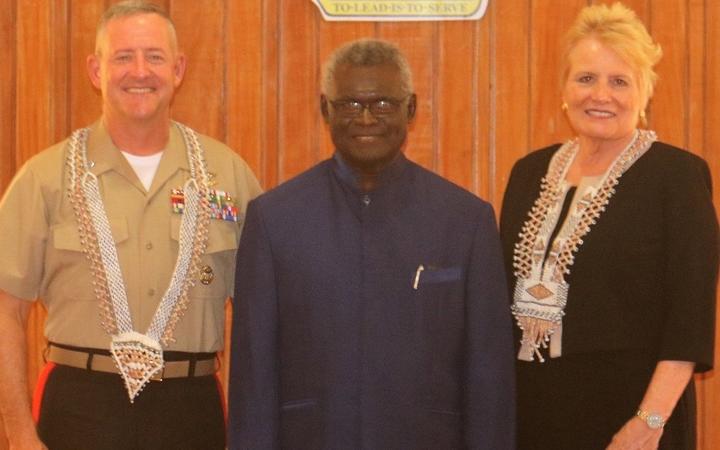 Information about the visit was shared this week with Prime Minister Manasseh Sogavare by the US Ambassador to Solomon Islands, Catherine Ebert-Gray.

Mr Sogavare hosted the ambassador in Honiara and in a statement said he welcomed US willingness to advance the long term interests of the Solomons.

He said the ambassador also stated her country's desire to assist the Solomons with cyber security.

During the visit, Ms Ebert-Gray delivered a letter to the prime minister from the US Vice President, Mike Pence.

In the letter, Mr Pence acknowledged the prime minister's concern for infrastructure development in Solomon Islands.