A 4700 kilometre long fibre optic, submarine cable connecting Solomon Islands to Australia via Papua New Guinea is expected to be completed by the end of the year.

The Australian Foreign Minister Marise Payne has attended a groundbreaking ceremony for the construction of the cable landing station in Honiara. 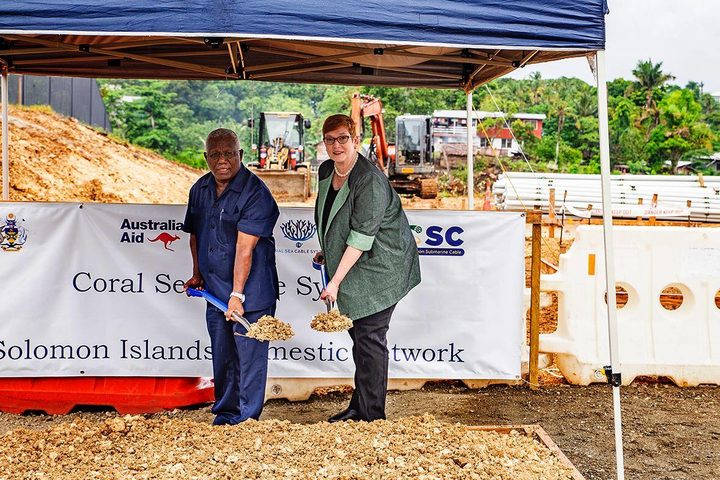 She said Australia would invest over $US144 million in the Coral Sea Cable System connecting Sydney, Port Moresby and Honiara as well as in the construction of Solomon Islands' domestic network.

She described it as a tangible symbol of Australia's ongoing commitment to the Pacific.

Solomon Islands' caretaker prime minister Rick Hou said the "game-changing infrastructure" would be transformative for the country as a whole.

The submarine cable is being manufactured in France.

Vocus Communications will begin installation in June with the cable scheduled to be ready for service in December.

Australia decided to finance the cable in 2018 after security concerns were raised about Chinese company Huawei, which was initially contracted to build the project.