A passport shortage in Fiji is preventing the Immigration Department from issuing the travel document.

But the department's director, Nemani Vuniwaqa, has assured Fiji travellers they will not be affected. 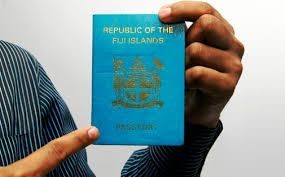 Mr Vuniwaqa said passports due to expire would be revalidated.

He said the department also planned to start issuing e-passports and that discussions were being held with the suppliers in Europe.

"With effect from today, all passport applications will be scrutinised whereby for those requesting renewals - if we see that the condition of the passport is still in a good condition - visa pages still available - these individuals or these applicants will go through the endorsement of the same passports for another 10 years."

Passport extensions, at a cost of $US26, can be processed the same day, Mr Vuniwaqa said.

The department would continue to accept passport applications, he said.