Officials from Samoa were in American Samoa last week to find out about the local infestation of the invasive pest and discuss strategies to contain it. 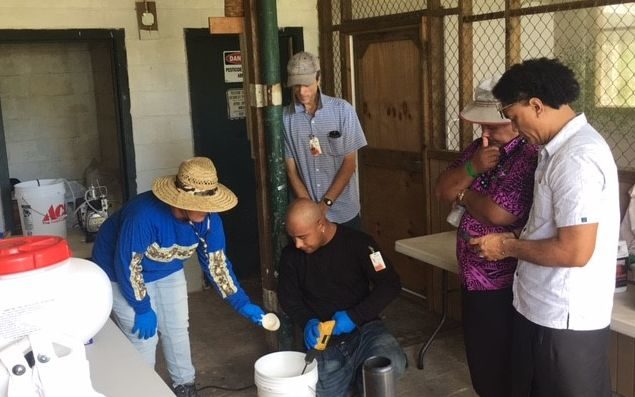 Officials from Samoa were in American Samoa in February 2019 to find out about the local infestation of the invasive little fire ant and discuss strategies to contain the pest. Photo: RNZ/Monica Miller

The ants have not arrived in Samoa but have been discovered in Tafeta in American Samoa, south west of the capital, Pago Pago.

They have a painful sting which can lead to health problems.

American Samoan entomologist Mark Schmaedick said with the public's help an infestation could be controlled.

"At present it's fairly localised. So far we've only found (it) in the Tafeta area. A fairly small infestation so there's a good prospect it can be eradicated but it's not going to be a quick project.

"I think it's going to take a few years to complete."