Reigning champions Team Wellington have secured a home quarterfinal by defeating Erakor Golden Star on the final match day in Group C of the OFC Champions League 2019 in Port Vila to finish on top of the standings with three wins from three matches. 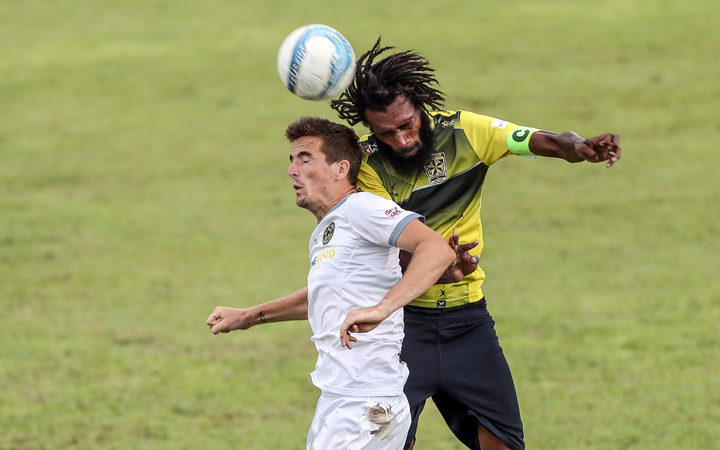 They will be joined in the last eight by Fiji's Ba FC, who beat Kiwi FC 5-1 to leapfrog Erakor into second place in the group thanks to their superior goal difference.

With their qualification destiny out of their hands, Ba FC's main goal was to ensure they do their part by defeating Kiwi FC before hoping for Team Wellington to do them a favour by overcoming Erakor at Port Vila's Korman Stadium.

Settling into their task, the Fijians couldn't have asked for a better start with skipper Malakai Tiwa's first minute header over Kiwi FC keeper Eti Fatu who was caught out of position after a long throw from Malakai Rakula.

Sitiveni Cavuilagi doubled Ba's advantage nine minutes later by beating the offside trap to head home from Avinesh Suwamy's cross before Abbu Zahid tapped into the empty net following a lovely set up by Malakai Tiwa to make it 3-nil in the 18th minute.

Two minutes later Ba had a golden chance to extend their lead when Eti Fatu lifted his knee to foul Sitiveni Cavuilagi inside the box to give away a penalty before redeeming himself to produce a brilliant save denying Ba goalkeeper Misiwani Nairube who took responsibility for the spot kick.

Fatu's save had a positive impact on the Samoans who showed far more enterprise for the rest of the half and they were justly rewarded courtesy of a brilliant solo effort by Lotial Mano whose clinical left footed finish gave Kiwi their first goal of the tournament in added time.

Looking to improve their goal differential, Ba had thrown everything at their Samoan opponents after the break, but it took the Fijians till the 71st minute to finally break down Kiwi's spirited resistance thanks to a perfectly executed header by Darold Kakasi following a pinpoint cross from substitute Kishan Sami.

Abbu Zahid put the icing on the cake for the Fijians with a close-range header deep into added time.

Ba coach Ronil Kumar was pleased with the result but admitted there were a few things he wasn't happy about.

"We needed to win and score goals, so we did score the first quickly than the second and third, but after we scored the third we got complacent and the boys started to play their own game instead of sticking to the game plan." 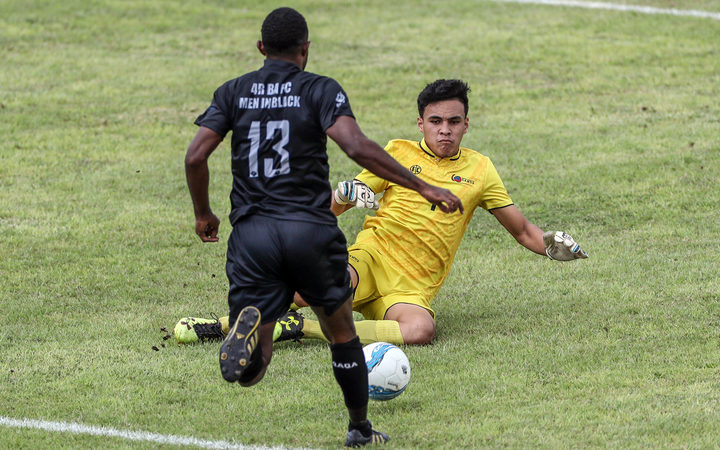 Meanwhile, Kiwi FC coach Martine Tamasese thought his side could take plenty of positives out of their performance despite the loss.

"We did lose but I'm very happy with my team's performance, this was a huge improvement from our last game against Wellington," he said.

The result between Ba and Kiwi meant the tournament hosts Erakor needed at least a draw against Team Wellington if they wanted to finish above the Fijians.

However, the defending champions from the New Zealand capital had their own target to finish on top of the group with maximum points and secure an all-important home quarterfinal in the knockout stages.

The reigning champions had to work hard in the opening 15 minutes to weather the storm before settling into a keenly fought contest for the remainder of the half.

At the break nothing was separating the two sides and local fans started to believe an upset was on the cards.

Jack-Henry Sinclair provided the turning point of the match by giving Wellington a 56th minute lead with a long range shot that sailed over the keeper's head before bouncing off the post inside the goal line.

After falling behind, Erakor had no choice but search for an equaliser to keep their Champions League dream alive, which played into the hands of the champions who used their experience to control the game before doubling their advantage following a defensive mix up and some clinical finishing from Jack-Henry Sinclair again. 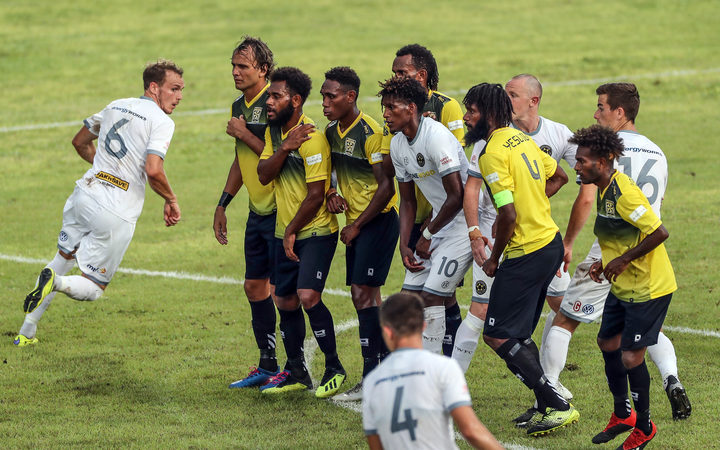 Substitute Ross Allen put the result beyond any doubt with a sensational strike from the edge of the penalty box to silence the home crowd in the 87th minute.

Despite the 3-nil score line Team Wellington coach Jose Figueiras admitted his side was pushed all the way as well as needing a bit of luck against the hosts.

"We knew they would come hard, fast and strong, and they showed their real qualities at the start of the game and whenever a team starts like that you know it's going to be difficult."

Meanwhile Benjamin Noel in charge of Erakor payed tribute to his players for their effort and promised more to come from them in the future.

"We started very well, it was an even first half and I think there was no difference between the sides, it was a very good contest and we held Wellington before we made a few small mistakes in the second half, but we will learn from that," Noel insisted.