Three new teams have qualified for the knockout rounds of the OFC Champions League football competition for the first time.

Tahiti's AS Central Sport held Lautoka FC to a 2-2 draw at Churchill Park on Saturday to secure top spot in Group B and eliminate the Fijian champions, who finished runners up last season. 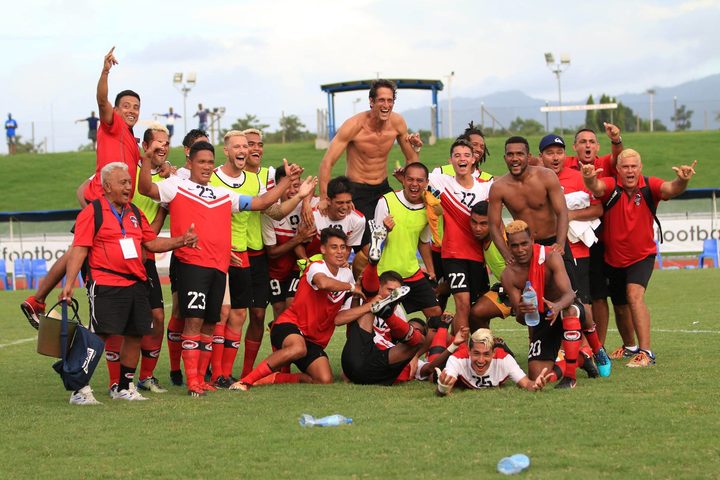 AS Central Sport are through to the OFC Champions League quarter finals for the first time. Photo: OFC Media

César Castillo opened the scoring for the Francophones in the 12th minute before Lautoka were gifted an own goal to level the scores at 1-1 after 19 minutes.

The home side was reduced to nine players when Vanuatu international Bong Kalo and Dave Radrigai were sent off in quick succession, despite Solomon Islands international Benjamin Totori scoring the 27th goal of his OFC Champions League career to put the Blues 2-1 up at half-time.

The cards kept flowing in the second half as referee Nick Waldron handed out a 10 yellow cards players from both teams and a red card to Lautoka's Afraz Ali, reducing the hosts to just eight players.

AS Central Sport finally made their numerical advantage work with Manuarii Hauata scoring on the hour mark to earn a share of the spoils on the day and top spot in the group for coach Efrain Araneda and his players.

"Finished with first place which was hard to achieve. We had six points but we still wanted to win," he said.

"But in spite of everything we've managed to get a draw, which for us is as much a win, and because we've come a long way to get this first place." 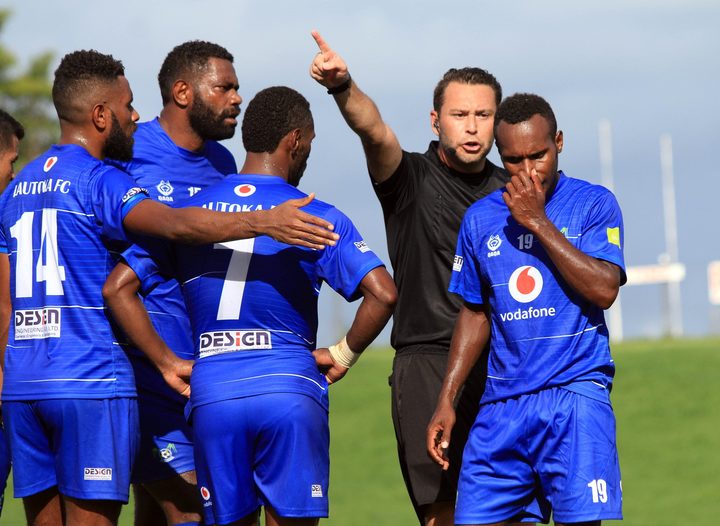 Lautoka coach Kamal Swamy lamented the ill discipline from his side.

"Of course it was a tough game, we knew we can win this game unfortunately we had that two red cards in the beginning," he said.

"Then again we had another red card and playing with 8 men. I think with 9 men we still applying pressure, so if we would had 11 men we would have got this game."

Neither team could break the deadlock during the first half but Tuti Zama Tanito's close range finish in the 61st minute opened the floodgates as Joses Nawo, Obed Ofea, Rodney Suri and Jimmy Raramane also got on the scoresheet in a blowout win. 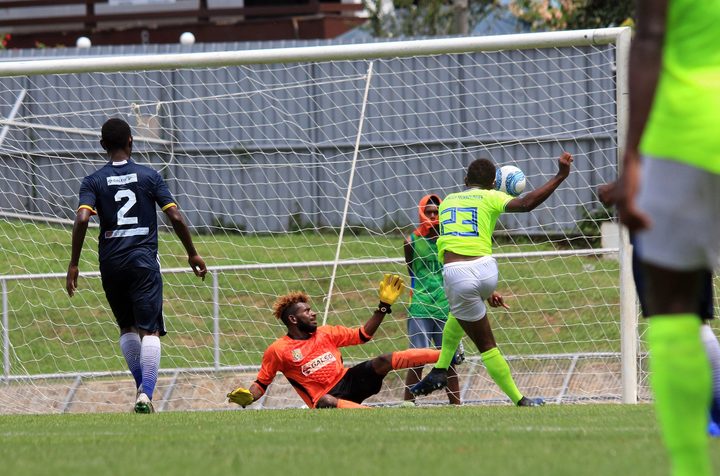 Speaking after their qualification was confirmed, coach Eddie Marahare said it was a special moment for the Eels team, many of whom are playing outside of Solomon Islands for the first time.

"It's very exciting and I don't know how to describe this. For the team and for myself it's a very big achievement," he said.

"We were just underdogs and that's why I'm very happy about our qualification."

Meanwhile, there was less drama in the final round of Group A matches in New Caledonia.

Tahiti's AS Tefana and Malampa Revivors from Vanuatu drew 3-3 in the opening match at Stade Yoshida in Kone to consign both teams to elimination. 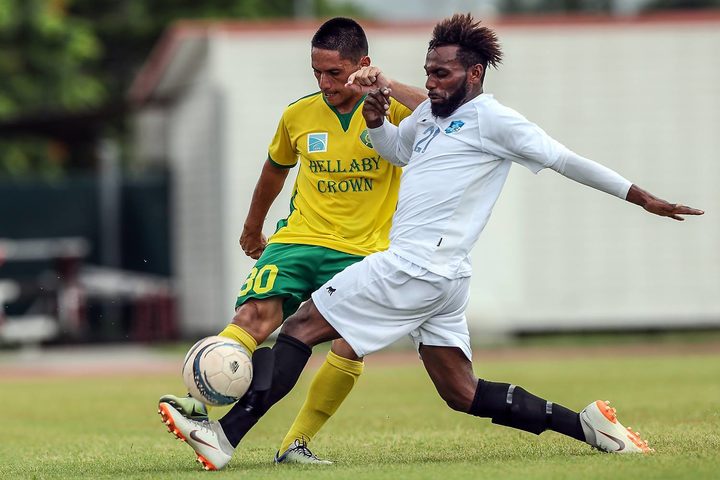 AS Tefana and Malampa Revivors were both eliminated. Photo: OFC via Phototek

Hosts Hienghene Sport then confirmed top spot in Group A with a 1-1 draw against Papua New Guinea domestic champions Toti City FC, who also advance as group runners up.

Despite topping the group Hienghene coach Felix Kagawa refused to get carried away.

"We had so many opportunities and so many chances to finish the game but we were missing some pride and aggression and we didn't press high enough so were forced back a bit in attack and when that happens doubt starts to creep into your game, he said.

"Lucky we have a great goalkeeper and tonight he has proved his worth. We don't underestimate our achievement of finishing on top of the group because we fought for it hard, it wasn't easy." 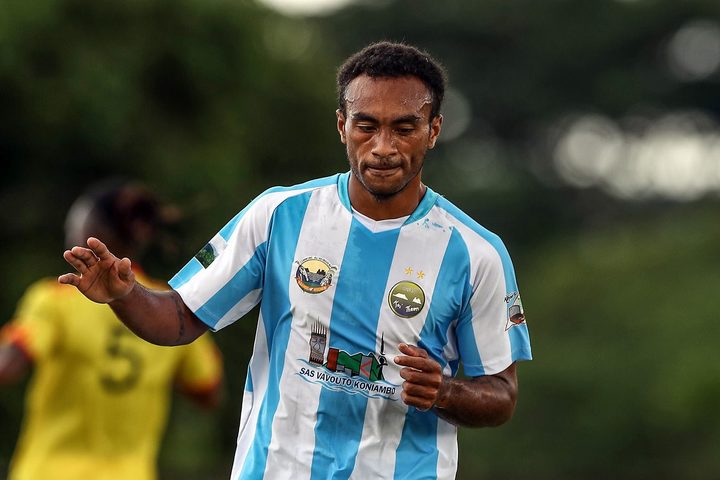 Toti City were eliminated at the quarter final stage last season and coach Peter Gunemba is confident his side will be ready for any challenge ahead.

"I'm happy and thank God for the qualification, we came here to finish in the top two, of course our aim was to finish on top, unfortunately we couldn't achieve that, but I thank the boys they fought very hard," he said.

"We started slowly in the tournament but got better, we just have to work on the lapses of concentration at the back, because we made the same defensive mistakes that cost us silly goals.

"I know the quarter-final will be very tough game we will be playing away against a team with their crowd behind them, so we will go back and prepare for to be ready wherever we will have to go."