Auckland City have all but assured their place in the OFC Champions League quarter finals with a crushing 15-0 victory over Tupapa Maraerenga from the Cook Islands.

Omar Guardiola and Fabrizio Tavano both netted hat-tricks while Papua New Guinea midfielder David Browne and Solomon Islands star Micah Lea'alafa came on in the second half and scored twice a piece.

"It was a good first half they were still in the game, obviously in the second half when we went up about three or four more, it wasn't a game anymore unfortunately," said head coach Ramon Tribulietx.

"But we decided the best way to show respect to them was to play a good game and this is what we tried to do right up to the end." 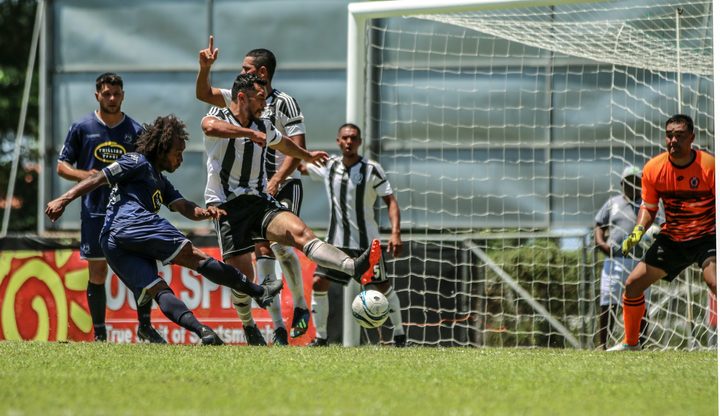 With one round to play, the New Zealand club are three points clear of Solomon Warriors and AS Magenta at the top of Group D and have a vastly superior goal differential.

But Ramon Tribulietx is refusing to take anything for granted.

"First thing we haven't qualified yet, it could still be six points each, we still have a tough game coming up on Saturday against the Solomon Warriors," he said.

"Again, it's not over, we need to think about that last round which is going to be the decider."

Solomon Warriors remain second in the group on goal difference but face an uphill battle to reach the knockout stage following a 3-0 defeat against AS Magenta from New Caledonia in the late game at Lawson Tama Stadium.

The hosts were awarded a penalty in the 23rd minute, Alwin Hou was fouled in the box by Steeve Ixoee, but the AS Magenta custodian atoned for his error by diving to left to parry away Kensi Tangis' attempt on goal. 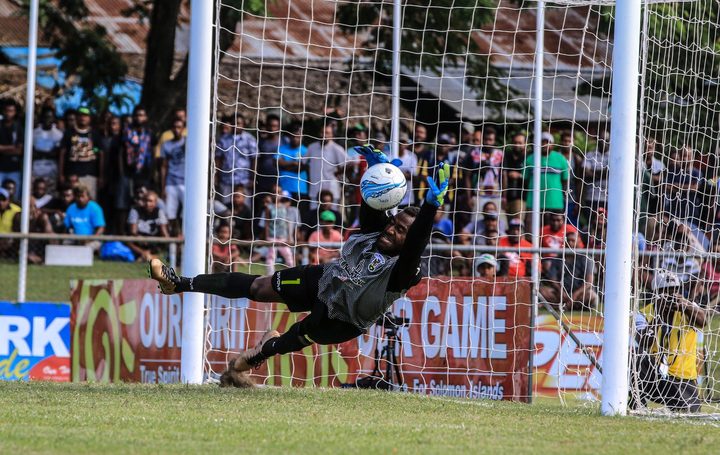 "Well to be honest, we were under a lot of pressure given from the first minute AS Magenta came in today with a different attitude compared to the game against Auckland City, they were more determined the way they put us under pressure," lamented Solomon Warriors head coach Moses Toata.

"We could have controlled the pressure but under pressure my boys giving away the ball too easily, that's cost us the game." 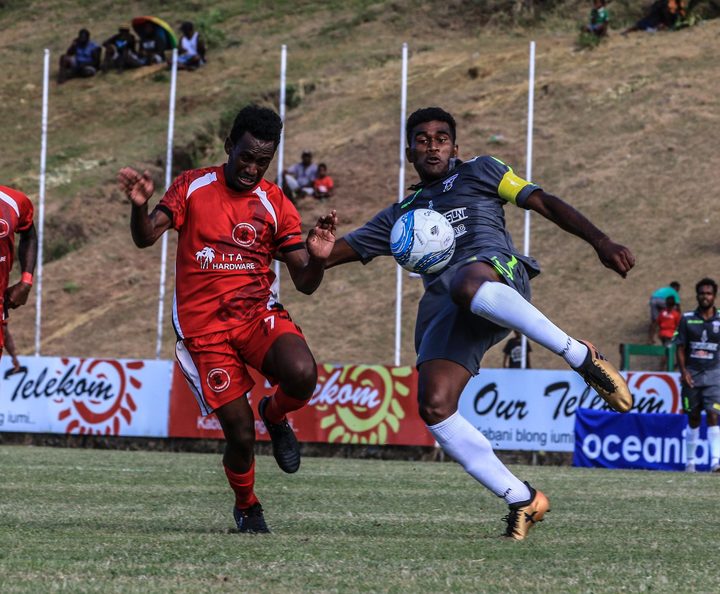 Solomon Warriors were off the pace against AS Magenta. Photo: OFC Media

Magenta's New Caledonia international Richard Sele scored twice in the first half before Nathanael Hmaean added some gloss for the Francophones deep into stoppage time.

Head coach Alain Mozian was pleased with the crucial win which put them back into contention for the quarterfinals.

"Obviously I'm very, very happy with my team. This team unfortunately has the characteristics of Caledonians - at their best when their backs are against the wall," he said.

"Today we had to win because otherwise there'd be no qualification (to the quarter-finals) so hopefully we will have six points, we have the smallest team to go and we would expect to win." 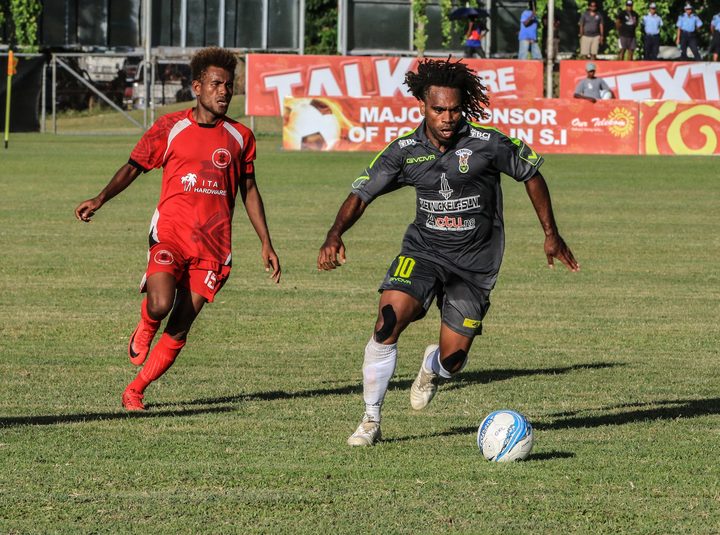 The Frenchman stressed his team has all to play for on the final match day despite whatever the outcome of the Auckland City and Solomon Warriors clash on Saturday.

"We'll wait and see what Warriors can do against Auckland, I hope that Auckland will play the match at their normal rhythm and I wish the Warriors all the best for their next match.

"(Against) Tupapa we're going to win. It's an obligation and we also expect to score a lot of goals. I think qualification is all but guaranteed because Auckland are more than capable of winning the match and Auckland will want to receive the quarter final at home.

"We're expecting to make it to the quarter finals - but away from home."