Indonesia's government has taken the first concrete steps to crack down on some of the worst forest fires in the country's history, penalising 23 companies for causing them.

The Jakarta Post reports three companies have had their licences revoked, 16 suspended and four placed under observation.

Forest fires across the country, including Indonesia's Papua provinces, have created an ecological disaster, health problems and economic losses with an estimated 2.1 million hectares burned.

There have also been 21 deaths and more than half a million people are suffering respiratory problems.

Brotestes Panjaitan, the director of investigations at ministry of forestry, told the Jakarta Post an additional 33 companies are also being investigated.

The World Bank has estimated Indonesia's economy has lost US$16 billion due to the fires, more than double what was spent on rebuilding Aceh province after the 2004 tsunami. 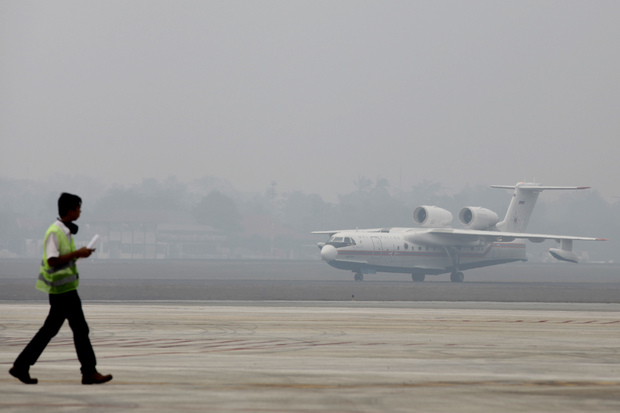 A Russian-made Beriev Be-200 amphibious firefighting aircraft, one of two rented by the Indonesian government to combat its forest and agricultural fires, taxis following its arrival Photo: AFP