Comedy and the art of selling out

In the past, Andrew Lumsden aka Te Radar has sold out. He was working for a company where he “felt like a sell-out,” but he has also been fortunate to perform sell out shows touring New Zealand and abroad.

Te Radar talks to Sonia Sly in the latest podcast episode of Just One Thing about the most memorable show of his career, the art of comedy and why he’s kept a special item of women’s clothing… 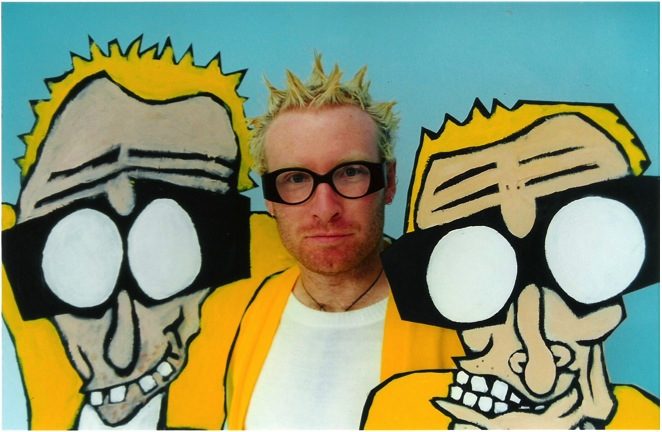 Radar has fond memories of his yellow twinset jumper worn for 'Radar Will Sell Out.' Photo: Supplied

“It was a show in a caravan called ‘Radar Will Sell Out,” says Radar proudly sitting on his Auckland deck on a sunny morning with the light blindingly reflecting off a yellow and white twinset laid out in front of him.

The item of clothing is something he picked up from an op shop back in his punk days during the mid-nineties at a time where he wore his now curly red hair in dreadlocks, complemented by a thin goatee beard that he pulled into a horn-like shape with waxy soap.

Radar wore the crew neck jumper - with a its faux cardigan sewn into it - during the early stages of his career for a comedy show set entirely in a caravan.

With space enough for an audience of ten, he gleams recalling the show being a hit. 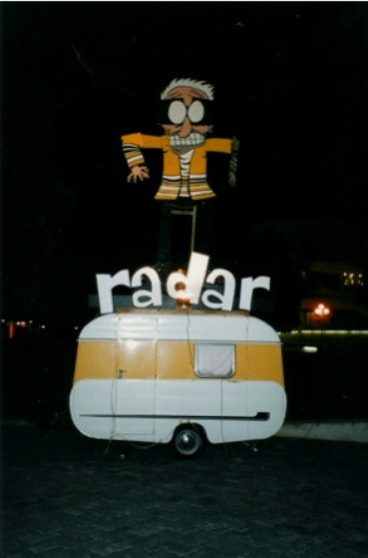 Radar fondly looks back on his show set in a caravan more than two decades ago. Photo: Supplied

“The most people we had in [the caravan] was 17 [people] with a Vegas girl who I had serving Shandies and a lounge singer...The caravan was parked in Aotea Square outside the town hall and there was a massive 4 or 5 metre plywood sculpture of me in this cardigan on top of it with my name in lights.”

The material in the show was abstract and lively and Radar explodes with energy, speaking a mile a minute as he recounts the experience. If you’ve ever seen him perform then you’ll know he’s a fast talker. Sitting in front of him is a game of keeping up and joining the race, as his mind darts from story to story.

“It was that kind of stream of consciousness based on a sort of hallucinogenic trip - not one that I’d had -  where the microphone had turned into a bat and the bat and I wrestle; the bat disappears and little midgets come out in silver sequined bikinis and backpacks.”

This kind of abstract material wasn’t something that other comedians were doing at the time he pulled his caravan show together.

For Radar, performing  has always been about the art of storytelling, rather than just writing jokes. He pulls bits out that aren’t working and adds new elements. He’s not afraid to improvise, and whether he’s performing to a packed audience, or not, the point is all about connecting to someone, he says. 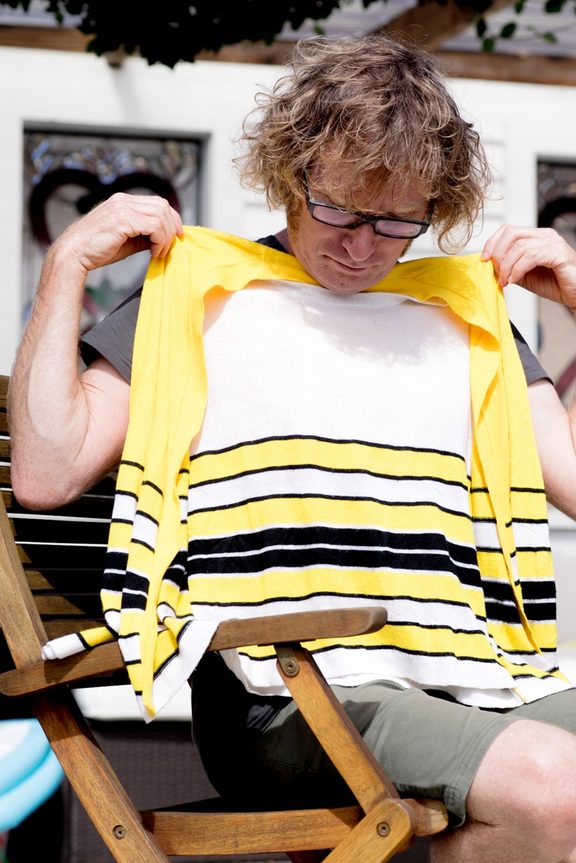 The reward is letting himself go and sharing that moment with them.

But the experience of performing is also about dressing the part, whether it’s donning a velvet suit for a black tie event, or a tight yellow knitted top in a sweaty caravan...all for the sake of entertainment. He initially makes light of why he’s kept particular items of clothing in his possession.

“I hoard significant pieces…” he pauses, indicating that the punch line is coming.

“In the hope that one day someone will create a tiny museum of my work,” he says, holding back his laughter in that way that comedians do to give the audience space to laugh.

But really, this sweater means much more to this writer, presenter and all round funny guy who easily switches from making light of his experiences to being candid and serious - all in the same breath - about the things that disturb him while sharing his views on local issues and his thoughts on the environment.

“Clothing has been pretty significant and [this] triggers a lot of good memories about what I was doing at the time with my art form, and where I was going.”

Listen to Te Radar share his thoughts on the importance of clothing, writing comedy, the things that disappoint him and why he’d call himself a feminist (if he was a woman) in the latest episode of podcast, Just One Thing.