"This jar is full of stupid worthless things, but they’re worth something to me” - Miranda Harcourt. 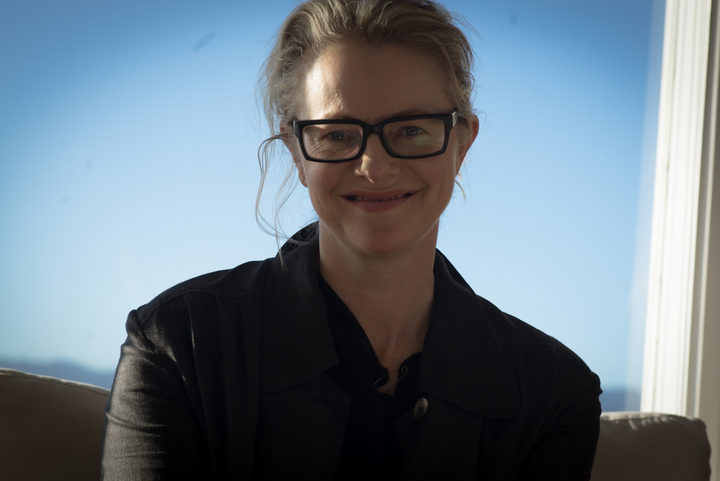 On a clear, but cold Wellington afternoon, actor, director and now sought-after international acting coach, Miranda Harcourt sits in a patch of sunlight reflecting off the kitchen bench.

She's squeezed in a chat with Sonia Sly before racing off to teach at Toi Whakaari: New Zealand Drama School.

Harcourt has just finished wrapping The Changeover which she co-directed with husband Stuart McKenzie.

Based on Margaret Mahy’s novel, the film is due to be released in September and stars Melanie Lynskey, Timothy Spall, Nicholas Galitzine and newcomer Erana James.

But the reason I’ve come to visit her is to talk about her world of precious objects for the RNZ series, Just One Thing.

She pulls out a large glass jar containing what look to be nick-knacks on first sight.

There’s her first bikini (made of pink gingham) it’s scrunched up and now faded with age, her first ever cheque book from her university days and messages to and from the tooth fairy that belonged to her children.

Amongst this miscellany is a small velvet pouch that would leave her distraught if it was ever lost. 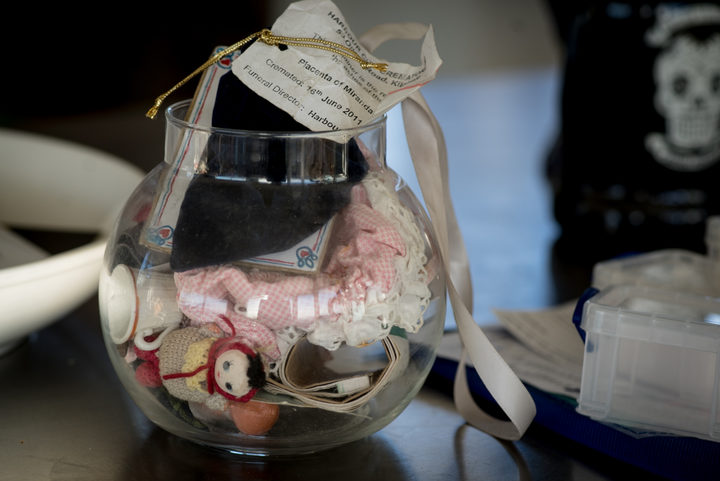 A crumpled cardboard tag is attached to the pouch by a gold thread and inside the pouch are ashes.

It was on Harcourt's mother’s birthday that she and her husband decided to have the placentas of their two daughters, Davida and Thomasin, cremated.

“When I was giving birth to our two daughters it was all about keeping the placenta and burying it under a tree and then a beautiful tree will grow,” says Harcourt.

But she worried the family might move one day, so decided to keep the placentas in the freezer until they decided what to do with them.

Not everyone is interested in the ritualistic preservation of placentas. With the birth of my only son, creating something symbolic involved an awkward attempt - by two begrudging midwives - to make an artistic imprint with a fresh placenta onto a hospital pillow slip, while I looked on bewildered. 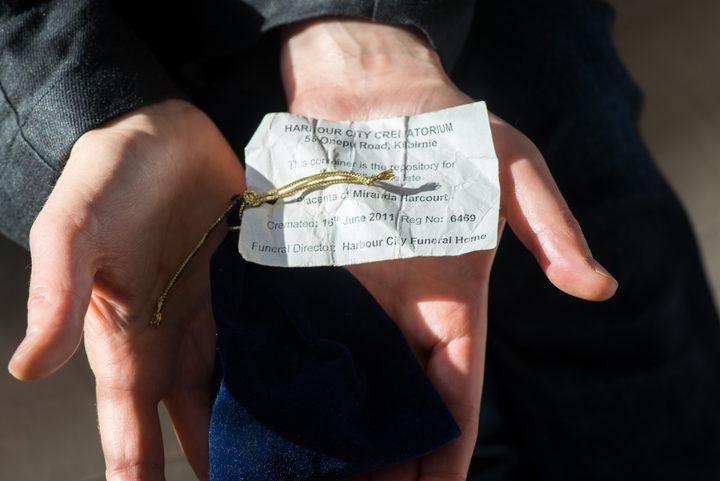 Watching the way that Harcourt handles her pouch of placenta ashes, it’s clear that it’s important for her to have something physical to hold onto. And the journey to get the placenta to the crematorium adds to her story.

“So I went to the freezer, but there seemed to be three placentas there.”

In a rush, she put them in a New World plastic bag for the trip to the crematorium, where her husband set her straight.

“Stuart looked inside [the plastic bag] and went, 'Oh Miranda! That’s a placenta.That’s a placenta. And this is a frozen rabbit from the Island Bay butchery'. So we just went, ‘Let’s cremate them all!’”

It’s a shame the rabbit was never eaten, but Harcourt laughs about the situation now.

Harcourt uses objects in her work to trigger memories and she asks her actors to bring a special object with them to a class.

Once she took the placenta ashes to Australia for one of her acting classes.

“On one occasion an actor brought a whisker from his much-loved cat. And recently, somebody brought in a biro - a plain old pen that gave rise to an amazing story.”

People’s objects are full of the resonances of their memories and what they endow on them, Harcourt says.

“I believe that actors should spend a lot of time with the objects [and props] that their characters use.” 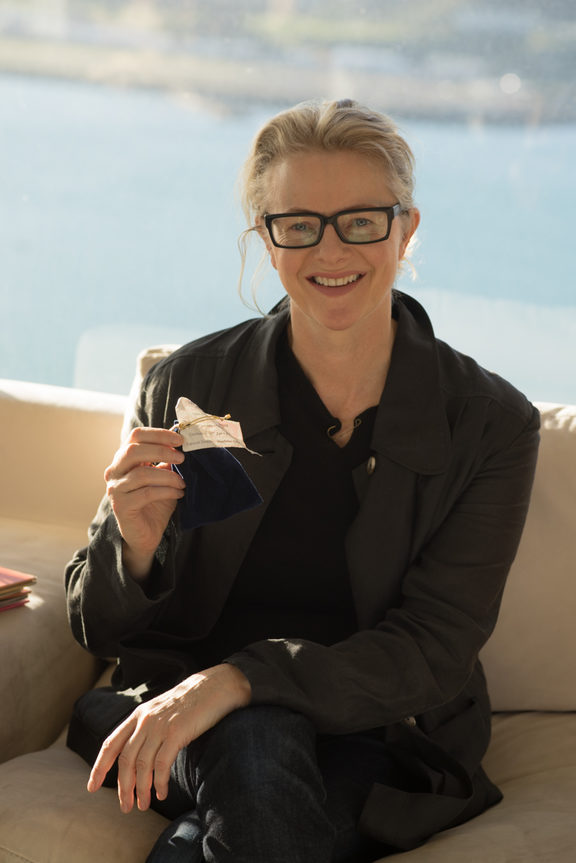 The little things mean so much. Photo: Sonia Sly

Harcourt had a period of being separated from her pouch of ashes following that trip to Australia.

She left them with a trusted friend because she was worried about them being confiscated at the border - an experience she’d suffered in the past when she tried to take some poo across the border.

It wasn't just any poo, rabbit droppings from a bunny called Xanadu, which she had taken to Australia for another acting session about speech and ‘flow.’

On the way back home, the jar of poo was seized by New Zealand Customs.

“It should have been the Australians who confiscated it because I was importing New Zealand rabbit poo into Australia. But [they missed it]. Rightfully, the New Zealand customs officer wasn’t having any of [my explanation], so I was fined $450 and had to come and get some more rabbit poo from Xanadu.”

While the poo was replaceable, the pouch of placenta ashes holds greater significance and thankfully Harcourt retrieved them.

So what do the ashes really mean to her, and what will she do with them in the future?

“Ultimately, the placenta of Thomasin and Davida will be added to the ashes of my mother Kate when she goes. Just as my son Peter’s placenta ashes were added to my father’s ashes, and then this will attain its true meaning for me.”