In a room full of zombies Sir Richard Faull would be competing with them for the one thing they all love most - brains. He’s obsessed with the human brain and hungry to consume the knowledge they can reveal about who we are. 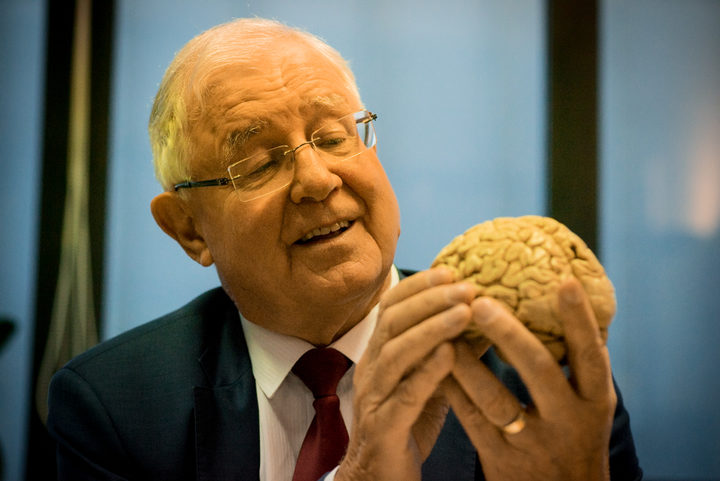 From the moment he was first introduced to the brain as a medical student, Richard Faull was hooked. When talking about brains, he’s animated, his face and body coming to life with the vigour and passion of an artist painting a portrait. For Richard, there’s an undeniable beauty in the brain and the intricacies of this complex organ has kept his imagination and mind active and engaged for the best part of 40 years.

"(At medical school) we spent every Saturday morning doing a dissection, looking at and studying the human brain," Sir Richard says.

"That was the most marvelous revelation for me, ever."

"The light bulb went on and it almost blew, actually. I was hooked."

But as you’d expect for an expert in brains, one just isn’t enough. He's been carrying a spare brain around with him for nearly 30 years.

"This is a constant companion." 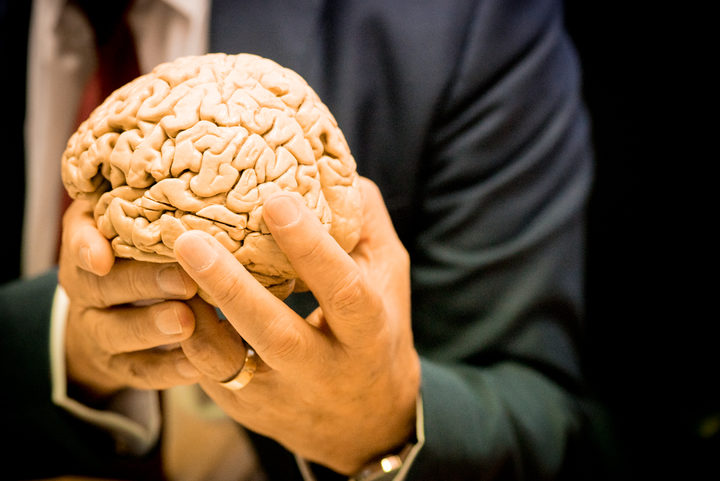 Based at Auckland University, Sir Richard takes this plastinated human brain every where he goes; lecture theatres, on visits to schools and even a TedX talk . Not much is known about the donor, including whether it was male or female, but their brain, one of the first held by the Centre for Brain Research, opened the doors for a storage bank which now holds over 300 normal and diseased brains with detailed data recorded about each specimen.

Richard also has a rat’s and cat’s brain on hand, as you do when you love them as much as he does. Just last year, he was knighted for his many years of research in this field. So what does Sir Richard plan to do with his own brain when the time comes, and has he even thought about it?

"I haven't thought about my brain because I'm going to keep using it for a long time."

"I just want to keep stimulating it forever."