South Korea has reported its highest daily rise in Covid-19 cases since early March as outbreaks from churches around the capital spread, prompting a warning of a nationwide wave of infections. 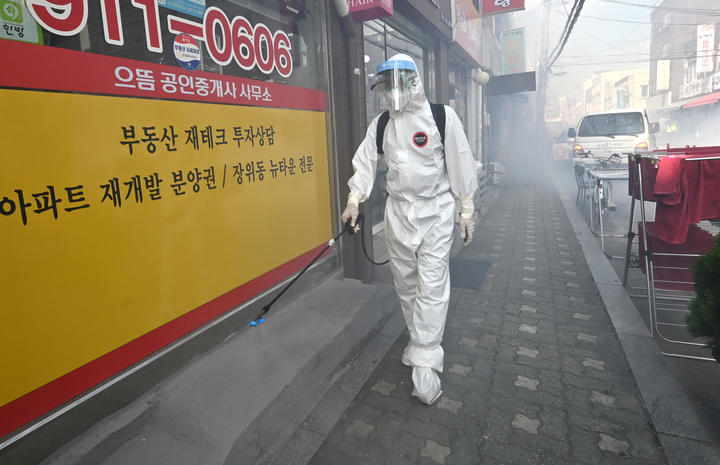 The 297 new infections announced Wednesday mark the sixth straight day of triple-digit increases in a country that managed to blunt several previous outbreaks.

The national tally rose to 16,058 infections with 306 deaths, according to data from the Korea Centers for Disease Control and Prevention (KCDC).

Nearly 90 percent of the new cases appeared in the capital, Seoul, and surrounding areas, raising concern of the rapid spread of the virus in a metropolitan area of more than 25 million people.

"We're in a desperately dangerous crisis where infections are spreading in the Seoul metropolitan area and threatening to lead to a massive nationwide transmission," Vice Health Minister Kim Gang-lip told a briefing.

"The government cannot contain the current spread only with tracing and isolation... please stay home unless you must go out."

At least 166 of the new infections are linked to the Sarang Jeil Church, taking the number of cases from it to 623.

Authorities have mobilised some 8500 police to trace another 600 members of the church's congregation who should be in isolation, and they are trying to test all of its 4000 members. 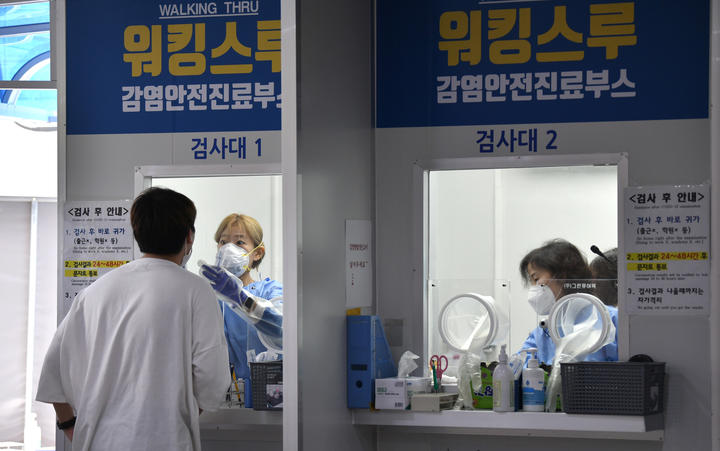 A medical staff in a booth takes test samples for the Covid-19 in Seoul on 18 August. Photo: AFP

Some members of the church, which is run by a radical conservative preacher, are reluctant to come forward and get tested, or to self-isolate, officials have said.

Many of them also attended anti-government rallies in Seoul on the weekend where thousands of people gathered from across the country, raising fears infections were seeded there.

KCDC deputy director Kwon Jun-wook said ten people at the protests with no ties to the church had been infected and urged everyone who attended to get tested.

Prime Minister Chung Sye-kyun vowed to take legal action against the church for any attempt to disrupt tracing and testing efforts by failing to provide accurate membership lists.

Nightclubs, karaoke bars, buffets and cyber cafes have been ordered to close in Seoul and surrounding regions.

In-person church services have also been banned while indoor and outdoor gatherings have been restricted to no more than 50 and 100 people, respectively.

Authorities said if the number of infections rises or continues at the current rate of spread, they will likely impose the highest level of social distancing rules, under which schools are closed, businesses advised to work from home and gatherings limited to ten people.

Kwon said the country would be at a "crossroads" for the next few days and the government might have to impose tougher curbs if there was a spike in cases with no obvious origin.