The Japanese economy has shrunk at its fastest rate on record as it battles the coronavirus pandemic. 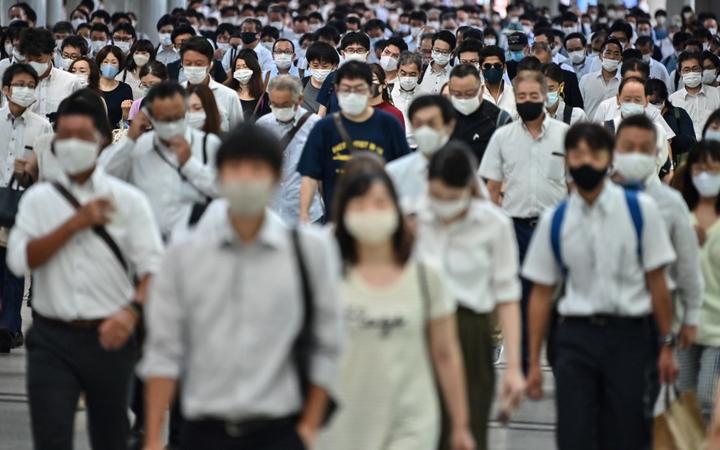 The streets of Tokyo are crowded with commuters but there's been a sharp drop in domestic spending. Photo: AFP

The world's third largest economy saw gross domestic product fall 7.8 percent in April-June from the previous quarter, or 27.8 percent on an annualised basis.

Japan was already struggling with low economic growth before the crisis.

The figures released today are a stark reminder of the severe financial impact faced by countries around the world.

Its latest data for the April to June quarter was the biggest decline since comparable figures became available in 1980 and was slightly bigger than analysts had expected.

One of the main factors behind the slump was a severe decrease in domestic consumption, which accounts for more than half of Japan's economy. Exports have also fallen sharply as global trade is hit by the pandemic. 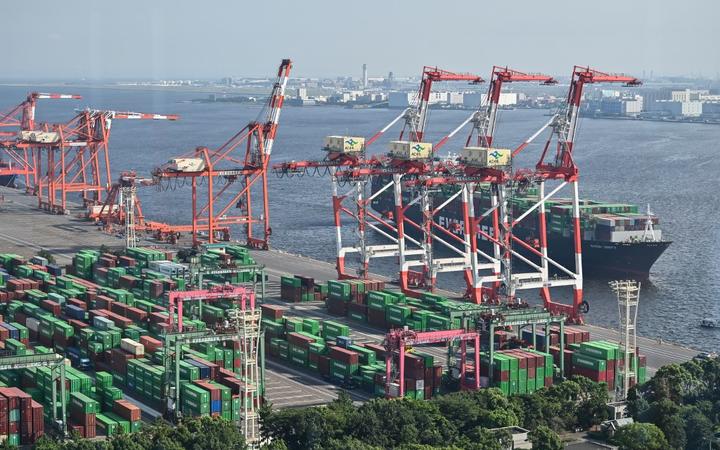 Exports have also fallen in the wake of the Covid-19 pandemic. Photo: AFP

The latest data is the third successive quarter of declines for the Japanese economy, representing its worst performance since 1955.

The downturn puts further pressure on a Japanese economy that was already struggling with the effects of a sales tax hike to 10 percent last year, along with typhoon Hagibis.

After the record contraction most analysts expect Japan's economic growth to rebound in the coming months.

While Japan lifted state of emergency measures in late May, concerns remain that a recent spike in infections may again hit business and household spending.

China, the world's second biggest economy, also offers some cause for hope. Its economy rebounded in the April to June period, with growth of 3.2 percent.