Would you buy a $7000 peach? A fruit so juicy, so sweet, so perfect you just don't care about the sticky nectar dribbling down your face? 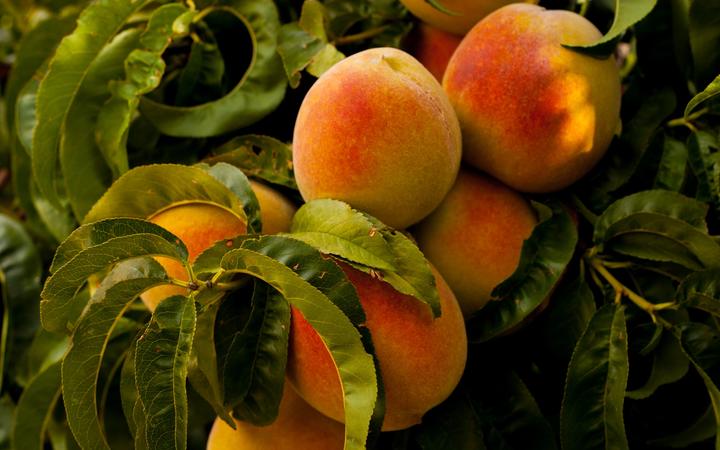 What if it came from Fukushima, infamous for one of the worst nuclear accidents in modern memory?

Before the disaster, peaches from the area were prized for their exceptional taste and luscious texture, but on 11 March 2011 a massive earthquake and tsunami triggered one of the world's worst accidents of the nuclear power age.

As radiation spewed from the Fukushima Daiichi plant, tens of thousands of residents were forced to flee their homes - some never to return.

While radiation levels have slowly dissipated, an inescapable stigma remains for the people of Fukushima.

Since then, fifth generation peach farmer Koji Furuyama has been striving to decontaminate the region's reputation by growing the world's sweetest peaches.

"Produce in Fukushima was recognised as the world's most worthless and dangerous," Koji said.

"I thought of doing the complete opposite by making the world's most delicious or sweetest peaches."

'The sweetness will be from an unknown world'

There is a scientific measurement which confirms the intense sweetness of Koji's peaches.

When you bite into a peach, you might notice if it's sweet or tart or bland. Among farmers, this is known as Degrees Brix, and it measures the fruit's sugar content.

The higher on the Brix scale, which goes up to 40, the sweeter the fruit.

Your average supermarket peach is usually somewhere between 11 and 15 Degrees Brix.

In comparison, the Guinness World Records certified a peach grown in Kanechika, Japan as the world's sweetest, with a sugar content of 22.2

But on the Furuyama Fruit Farm in rural Fukushima, Koji has managed to grow a peach so sweet, it came in at a mouth-watering 32 Degrees Brix.

While Koji sold that delectably sweet peach for $7000 a few years ago, he's not done yet.

He has already grown a peach at 35, and is now setting his sights on the most perfect peach ever, aiming to achieve that elusive 40 Degrees Brix.

"The sweetness will be from an unknown world," he vowed.

This might seem like a lot of money for something that literally grows on trees, but fruit can play a very different cultural role in Japan.

A bunch of grapes the size of Ping-Pong balls just sold for about $NZ18,500 at auction in Ishikawa on 16 July.

The pricey, individually wrapped fruits sold at department stores are precious gifts given as a sign of respect or thanks.

Going to a housewarming or visiting a friend in hospital? Grab a box of giant, blemish-free, juicy strawberries.

It's not always just an everyday snack here, and if you pick the wrong melon without checking the price tag, you can receive quite the hip-pocket surprise when you get to the checkout.

It means Japanese farmers are meticulous in their production processes and is the reason why Koji is unyieldingly striving for perfection.

The recovery from the March 2011 disaster also gives him a reason to keep going.

A peach replaces the Olympic torch

Japan's organisers of the 2020 Olympics won their bid with a pitch highlighting how the Games would be the "recovery games", showing off just how far Japan's north-eastern region had come.

The region was hosting the baseball and softball events and the prefecture was to mark the beginning of the torch relay and play a big part of it.

The food grown in this area, including Koji's peaches, are safe to eat. He was banking on the Olympic Games showing that off.

"If this becomes known worldwide, the image of Fukushima would improve and I thought I could change it. That's why I focus on making such sweet peaches," Koji said. 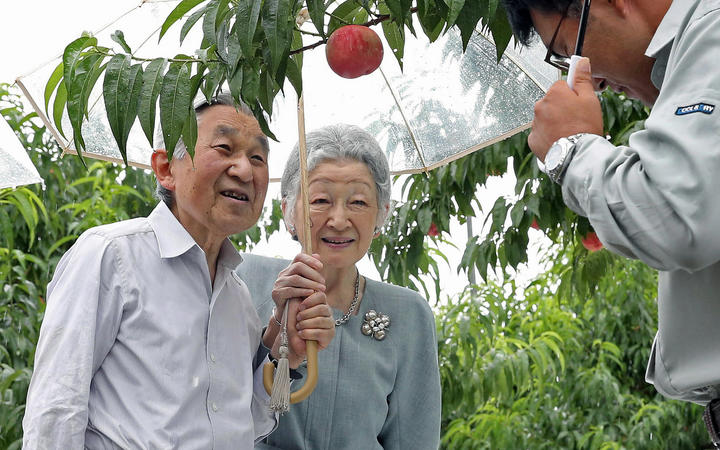 When coronavirus restrictions forced Olympics organisers to delay the torch relay, Koji still ran his leg as if the Games were going ahead. Instead of a torch, he carried a peach.

Koji holds onto hope the Games will go ahead, and Fukushima will get a chance to shine, even if it is not fully recovered.

"It's hard to return to what it was 10 years ago, before the disaster. There are many victims who have started new lives and it's true that it's recovering gradually," he said.

But once the coronavirus pandemic passes, a 'recovery' Olympics will take on a special meaning for everyone who survived it.

"Recovery from coronavirus will apply to people around the world," he said.

"I think it could have a deeper meaning: recovery in [this region] and recovery from coronavirus. I am thinking in a positive way."

He regularly visits the exclusion zones and doesn't believe the government is surveying enough radiation hotspots.

He believes the idea of the recovery Olympics is "inappropriate".

"Which part has recovered? When 30,000 people can return to their previous lives it's recovery. But the government ... abandoned those people," he said.

"It's trying to host the Olympics only with the people who have recovered."

Around Fukushima, many of the clocks on the walls stopped ticking moments after the quake struck in 2011.

Currently, 371 square kilometres of the prefecture is a no-go zone, and parts of it will never be habitable again.

Sadao Sugishita left his home of around 70 years when the nuclear meltdown happened. He and his wife Tokuko were forced to evacuate.

Nestled in the lush green mountains, their home is in the no-go zone - inaccessible to anyone but former residents.

The bags sit piled up across the road from their property along with piles of rubble, a sadly iconic feature throughout this vast region.

Sugishita and his wife will never again live in their home. They've just agreed to tear the house down.

He doesn't feel the prefecture has recovered.

"All our neighbours and close friends have become separate and the life in the city is completely different to the life here in the village," he said.