Official figures from Brazil have shown a big increase in the number of fires in the Amazon region in July compared with the same month last year. 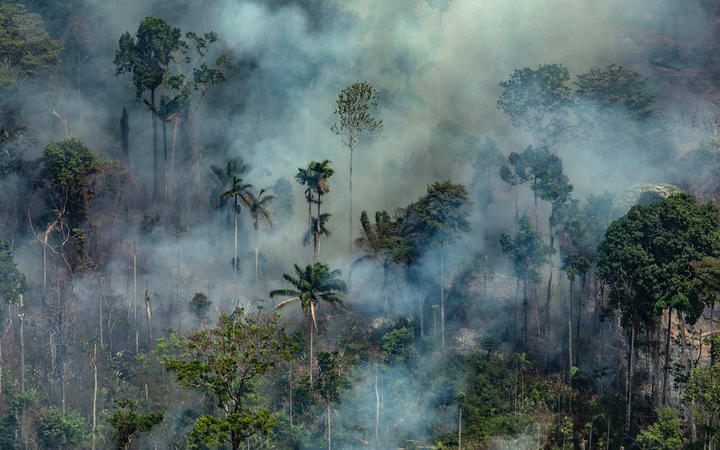 Satellite images compiled by Brazil's National Space Agency revealed there were 6803 - a rise of 28 percent.

President Jair Bolsonaro has encouraged agricultural and mining activities in the Amazon.

But under pressure from international investors in early July his government banned starting fires in the region.

The latest figures raise concerns about a repeat of the huge wildfires that shocked the world in August and September last year.

"We can expect that August will already be a difficult month and September will be worse yet."

Bolsonaro has criticised Brazil's environmental enforcement agency, Ibama, for what he describes as excessive fines, and his first year in office saw a sharp drop in financial penalties being imposed for environmental violations. The agency remains underfunded and understaffed.