The head of the agency responsible for rural land rights in Brazil has been fired at the behest of an official backed by the country's powerful agriculture lobby, Reuters sources say. 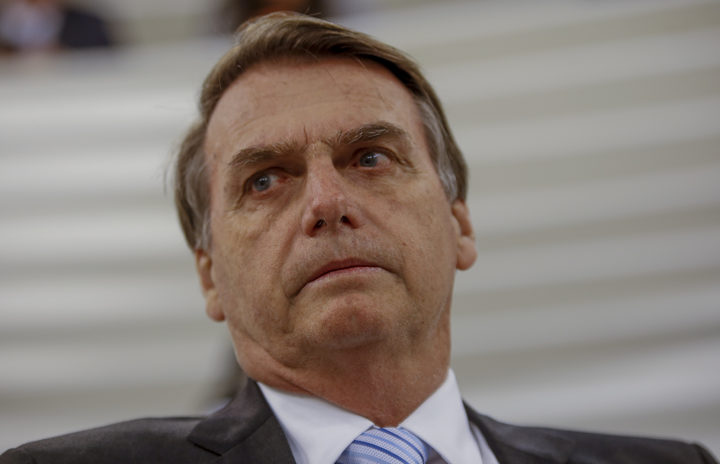 The agency, known as Incra, is responsible for demarcating land for new farming settlements, often created on remote Brazilian land with no other owner, much of it in the Amazon rainforest.

But approvals of new deeds for these properties have virtually ground to a halt in recent years as Brazil's economy went through a deep recession and Incra faced severe budget cuts.

The country's agriculture lobby has been pushing for this backlog of requests for new land deeds, some pending for more than a decade, to finally be addressed.

All of Incra's directors, who had been appointed by Mr Correa, were also fired, the sources said.

Mr Garcia had been calling for Mr Correa, an active military general, to be fired for months, saying that the agency needed to act more quickly, one of the people said.

Mr Bolsonaro's official spokesman Otavio Rego Barros declined to confirm Mr Correa's firing, although Mr Barros said the president had met with Mr Garcia and the agriculture minister. The Agriculture Ministry declined to comment on the firing. Correa could not be immediately reached for comment.

Mr Garcia, a former congressman and long-time conservative leader in the farm sector, had initially been tipped to be agriculture minister but was later appointed as land issues secretary, a position newly created under Mr Bolsonaro.

He remains an influential figure within the administration. The head of Brazil's indigenous affairs agency Funai, Franklimberg Ribeiro de Freitas, blamed Mr Garcia for his firing in June.

Mr Bolsonaro has sought to open up indigenous reservations to mining and farming.