Captain Tom Moore, who became a national hero in Britain after raising more than £33 million for health workers in the run-up to his 100th birthday, is to be knighted by Queen Elizabeth. 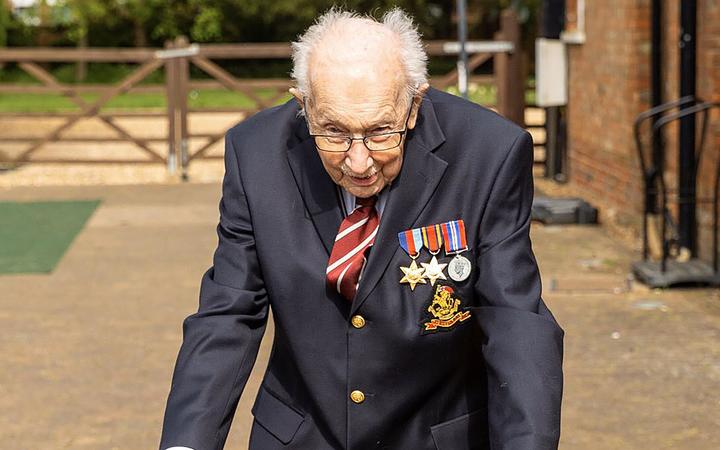 The World War II veteran raised the record sum for the National Health Service by painstakingly completing 100 laps of his garden with the aid of a walking frame in April.

The following month it was announced he would become "Sir Tom" after a special nomination from Prime Minister Boris Johnson.

Although other investitures have been postponed because of the coronavirus, Buckingham Palace said the ceremony would take place on Friday at Windsor Castle where the 94-year-old monarch has been sheltering during the Covid-19 pandemic with her husband Prince Philip, 99.

The palace said the ceremony would take place in private with Moore accompanied by members of his family.

"I hope she's not very heavy handed with the sword," Moore quipped when the knighthood was announced.

The palace said the queen would be using a sword which belonged to her father, George VI.

The Queen made her first public appearance last month since a coronavirus lockdown was imposed in March, but she has delivered a number of rallying messages to the nation and appeared in video conference calls with care workers and members of the military.

The knighthood bestowed on Moore is his latest honour, having been made an honorary colonel and an honorary member of the England cricket team for his 100th birthday.