Africa is facing rising coronavirus infections and there is growing economic pressure to ease lockdown restrictions.

The pandemic has triggered the continent's first recession in 25 years, according to the World Bank. 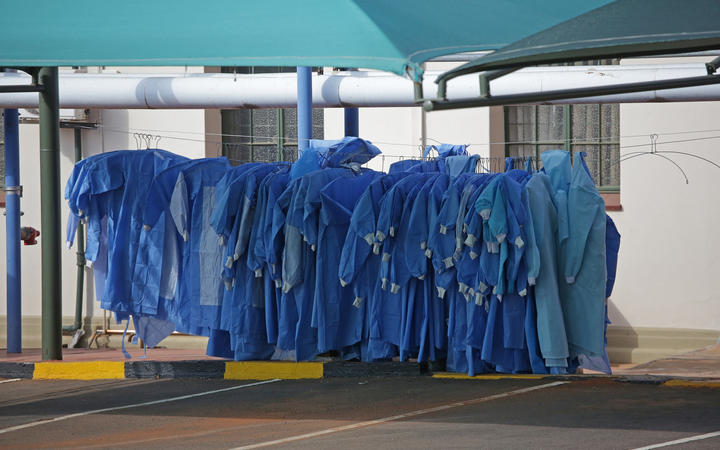 Personal Protective Equipment (PPE) are hung next to tents dedicated to the treatment of possible COVID-19 coronavirus patients at the Tshwane District Hospital in Pretoria, South Africa. Photo: AFP

On the whole, African countries are continuing to ease lockdown measures, despite increasing levels of infection and a general lack of testing capacity across the region.

These are some of the current measures across the continent:

There has been a general lifting of international travel restrictions, with governments, especially those with large tourism industries, looking to revive the sector and generate economic growth.

The Economic Community of West African States (ECOWAS), which has 15 members, is expected to fully open its airspace to passenger travel on 21 July, while Kenya and Rwanda plan to open their airspaces on 1 August.

The World Health Organization (WHO) says countries should be guided by data and health systems' capacity as they plan to reopen borders.

"But as we take to the skies again, we cannot let our guard down."

The WHO has also urged governments to take effective measures, including entry and exit screenings and the practising of hand hygiene, cough etiquette and physical distancing. 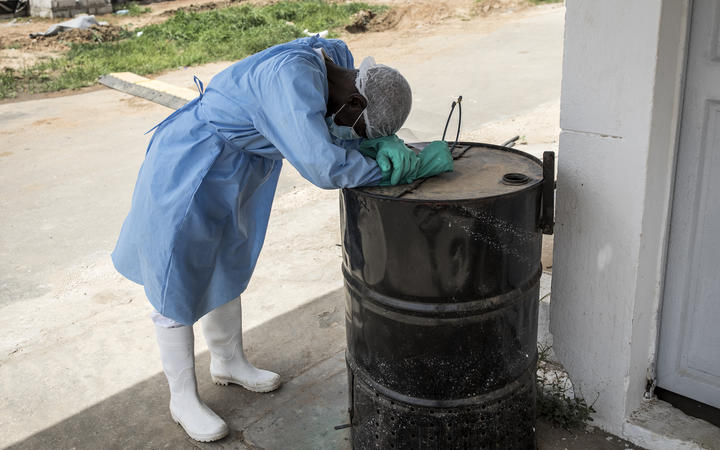 A hygienist rests as he waits outside a decontamination area in a Covid-19 coronavirus treatment centre that cares for positive patients who show little or no symptoms in Dakar. Photo: AFP

Dr Moeti said following the easing of measures, "we are seeing as a result an increase in cases."

And Nigeria, Africa's most populous country, has reversed its decision to reopen large parts of the education sector, including for secondary pupils.

The government said it would reopen schools when it was safe.

Elsewhere, Madagascar has re-imposed a lockdown on its capital, Antananarivo, following a new spike in coronavirus infections, two months after restrictions were eased.

No traffic will be allowed in and out of the region where the capital is located.

And only one person per household will be allowed outside during the day.

There has also been a local outbreak in the Moroccan city of Tangier.

Travel in and out of the city has been prohibited and residents told to stay indoors. 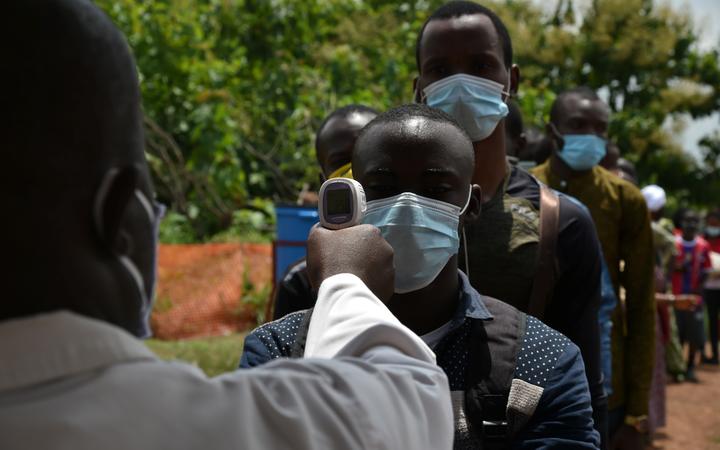 Ivory Coast Ministry of Health workers measures the body temperatures of passengers as a preventive measure against the spread of the COVID-19 coronavirus at a checkpoint at the entrance of Bouaké. Photo: AFP

African governments had some early success in tackling the pandemic and have experience in mitigating viruses, such as Ebola.

However, the easing of measures appears to have caused a rise in cases and underfunded healthcare systems may struggle to cope.

"No-one doubts that governments should prioritise slowing the spread, as countries' health systems across its regions are far too weak and cannot handle a surge in hospitalisations," John Hopkins University African affairs lecturer Chiedo Nwankwor said.

But increases in testing capacity and the tracking and tracing of infected individuals has largely focused on the countries' wealthier urban areas.

"There is a need to increase access to testing, tracing, and isolation not only for cities but also beyond as the infection has pushed further inwards to semi-urban and rural areas in some cases," Mr Nwankwor said.

"Some governments across the continent are already walking the tight rope of trying to save their ailing economies, now further sickened by the pandemic, and saving the lives of their citizens, which resembles somewhat of a catch-22 situation - challenging even for rich and advanced economies."