Deaths in Mexico from the coronavirus pandemic rose above 35,000 on Sunday (local time), with the Latin American country overtaking Italy for the world's fourth-highest death total, according to Reuters data. 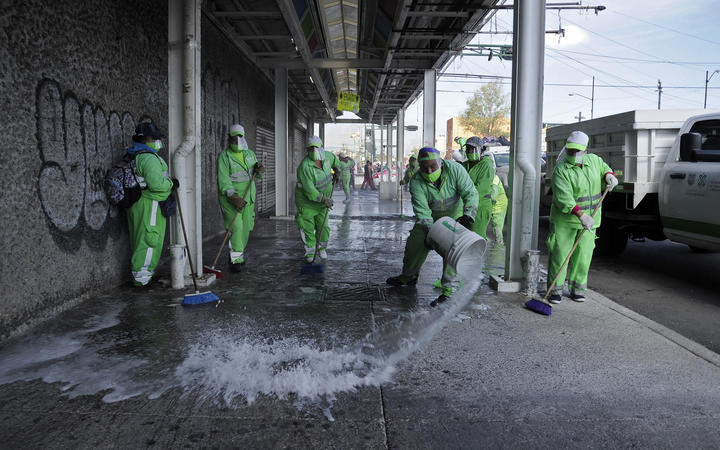 Mexico on Sunday (local time) recorded 276 additional fatalities and 4482 new infections to bring its coronavirus death toll to 35,006, with 299,750 confirmed cases. Italy has recorded 34,954 deaths and 243,061 cases. Mexico trails the United States, Brazil and the UK in total deaths.

While Italy appears to have tamed the virus, the pandemic is showing few signs of easing in Mexico, where the government has faced criticism for reopening its economy too soon.

Obrador said he was briefed on the pandemic this past week and was optimistic.

"The report is positive, good. The conclusion is that the pandemic is going down, that it is losing intensity," he said in a video message.

Obrador also backed Hugo Lopez-Gatell, Mexico's deputy health minister and coronavirus czar, after criticism of his handling of the crisis.

Lopez-Gatell has kept revising his projections for total fatalities and as recently as June forecast up to 35,000 deaths through October. In early May, the estimate was 6000.

The coronavirus death toll per million residents in Mexico, whose population numbers about 120 million, is the 16th highest in the world, according to data by research firm Statista.

But Mexican officials say the true toll is likely much higher due to limited testing. A Reuters analysis of funeral-home data in May indicated a toll more than double the reported figures.

Several former officials have criticised Obrador's administration for its management of the epidemic.

Former Health Minister Salomon Chertorivski, who held the post from 2011 to 2012, said on Thursday the government had reopened the economy before meeting globally established criteria for doing so. He added that Mexico might need to impose a new lockdown.

"None of those three parameters were achieved."