Ennio Morricone, the Italian composer whose credits include the "spaghetti" Westerns that made Clint Eastwood a star, has died in Rome aged 91. 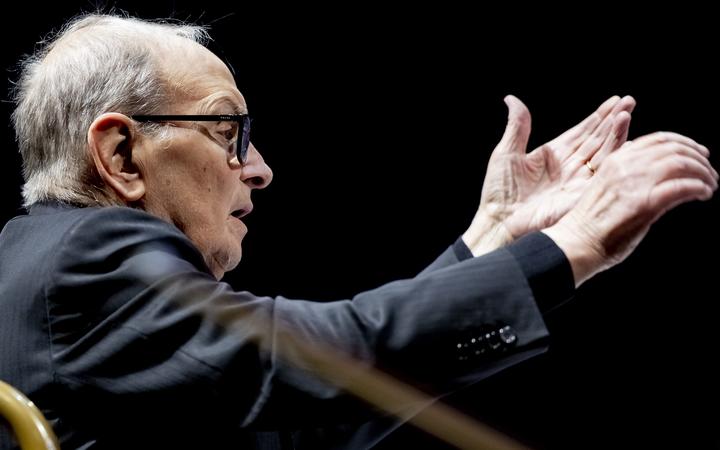 According to Italian news agency Ansa, he died in hospital having fractured his femur in a fall several days ago.

The prolific composer also wrote music for Once Upon a Time in America, The Untouchables and Cinema Paradiso.

Having received an honorary Oscar in 2007, he went on to win one in 2016 for Quentin Tarantino's The Hateful Eight.

Morricone worked in almost all film genres from horror to comedy and some of his melodies are perhaps more famous than the films he wrote them for.

"We will forever remember, with infinite gratitude, the artistic genius of Maestro Ennio Morricone. He made us dream, moved us ... writing memorable notes that will be unforgettable in the history of music and cinema," Prime Minister Giuseppe Conte said on Twitter.

Morricone, who was simply known as "Maestro" in his home town of Rome, scored more than 500 films over seven decades.

Yet he remains best known for the haunting melodies he wrote for the trilogy of 1960s westerns Sergio Leone made with the then little-known Eastwood.

A Fistful of Dollars, For a Few Dollars More and The Good, the Bad and the Ugly centred on Eastwood's taciturn gunslinger, known as "The Man With No Name".

Leone called the composer's contributions "indispensable" and would have him write the score before shooting so he could design his shots around Morricone's contributions.

Eastwood went on to direct Westerns himself, including the Oscar-winning Unforgiven, but Morricone did not write music for them out of loyalty to Leone.

In a 2014 interview with the BBC's arts editor Will Gompertz he expressed regret for his decision, admitting he had missed out on "a great opportunity".

Before his win for The Hateful Eight, Morricone received Oscar nominations for Days of Heaven, The Mission, The Untouchables, Bugsy and Malena. 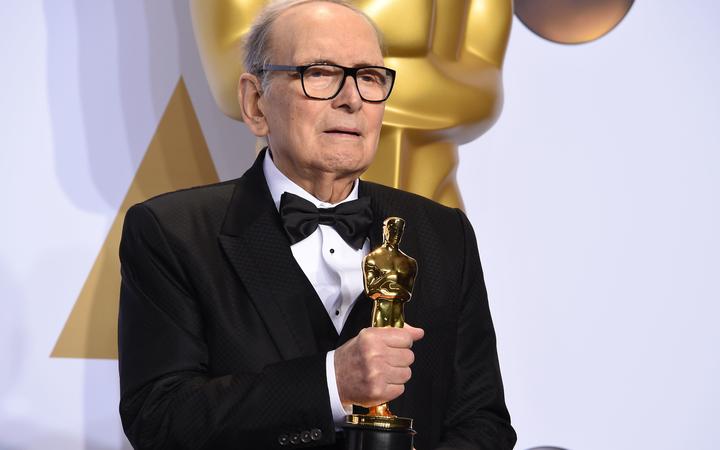 Ennio Morricone won an Oscar in 2016 for the score he composed for Quentin Tarantino's The Hateful Eight. Photo: AFP

His death was marked by Italian health minister Roberto Speranza, who tweeted: "Adieu maestro, and thank you for the emotions you gave us."

Fellow composer Hans Zimmer said Morricone was "one of a kind" and "an icon".

"His music was always outstanding and done with great emotional fortitude and great intellectual thought," he continued.

Italian film producer Aurelio De Laurentiis said: "With Ennio Morricone goes a part of world cinema. His humility, combined with a greatness that he never flaunted, allowed him to support small and big movies, giving them a unique soul that made them perfect and unforgettable."

According to director Edgar Wright, Morricone "could make an average movie into a must see, a good movie into art, and a great movie into legend".

Author Joanne Harris also paid tribute, remembering an encounter with him at the Baftas when all she had been able to utter was "Sono una fan" ("I'm a fan").

Morricone is survived by his wife Maria, his three sons Andrea, a composer and conductor, Giovanni and Marco and his daughter Alessandra.