The Dalai Lama is making a bid for music chart stardom on his 85th birthday, with the release of an album inspired by one of his Auckland followers. 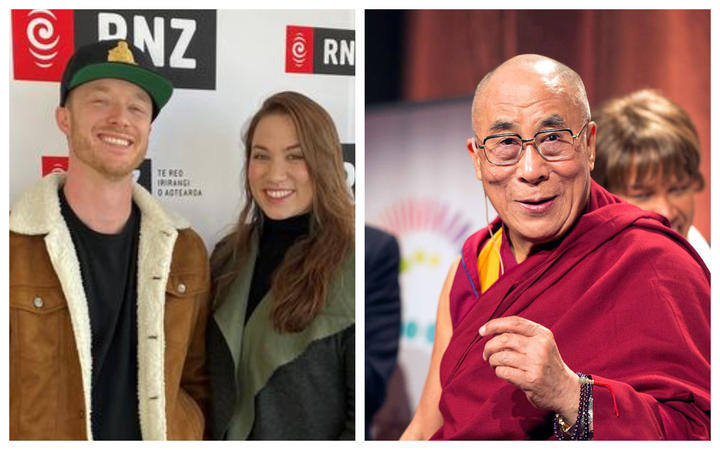 Inner World kicks off with the track One Of My Favourite Prayers and continues with the exiled Tibetan spiritual leader reciting meditations and sayings with accompanying music.

The record came about when musician Junelle Kunin, (Ngāi Te Rangi, Ngāti Pūkenga, Ngāti Tūwharetoa), and a student of the Dalai Lama, contacted him in 2015 with the idea - and much to her surprise he said yes.

"I thought I'd have to try and convince him," she told Reuters in an interview from her home in Auckland.

"That moment of recording him, my goodness I was shaking like a leaf before I went in there," she said.

Kunin did the initial recordings at the Dalai Lama's residence in Dharamsala in India.

Once back home, she worked with her husband Abraham and other musicians to produce music for the tracks. Twenty New Zealand musicians worked on the project, Abraham Kunin said.

"It's an incredible honour. But it was unbelievably daunting - like, the trust and responsibility. It's immense," he said.

Junelle Kunin told Nine to Noon she had spent a lot of time with the Dalai Lama, hosting him on three visits to New Zealand and visiting him in his home at the foothills of the Himalayas.

She said he was excited about the recording which was the first time his mantras had been put to music. It had taken five years to bring the idea to reality.

"He had a clear vision with this work and has been very committed to it.

"It's not a religious project although they are mantras. It's really just a work to try and benefit people. So I thought about what we need day-to-day - courage and healing and wisdom and so forth so that's the path we went down."

Anoushka Shankar, the daughter of Ravi Shankar, plays sitar on one of the tracks after the couple asked her to collaborate on the album.

Junelle Kunin said working with the Dalai Lama had been "magical". "Hopefully, people have been able to enjoy him this way too through this music."

On a promotional video for the album, when asked why he had agreed to take part, the Dalai Lama answers: "The very purpose of my life is to serve as much as I can."

The release comes five years after Patti Smith led the crowd at Britain's Glastonbury Festival singing Happy Birthday to him for his 80th. 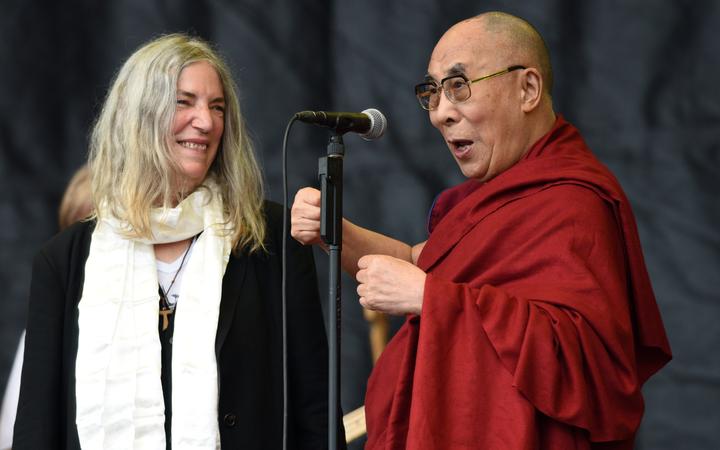 The Dalai Lama on stage with US punk poet Patti Smith. Photo: AFP