Stage and film actor Sir Ian Holm, who played Bilbo Baggins in The Lord of the Rings films, has died aged 88. 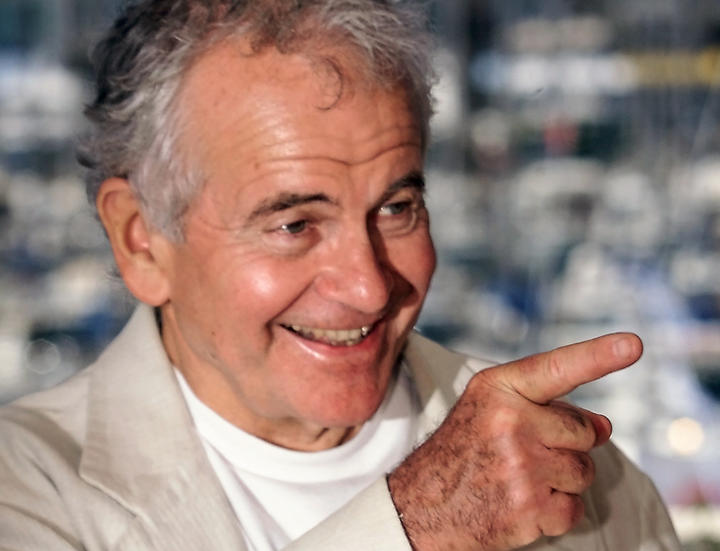 "It is with great sadness we can confirm that the actor Sir Ian Holm CBE passed away this morning at the age of 88," his agent said in a statement.

"He died peacefully in hospital with his family and carer," he added.

His illness was Parkinson's-related, his agent confirmed.

Holm, who also played Dr Willis in The Madness of King George, was classically trained and put in memorable performances in numerous plays.

The National Theatre remembered him as an "extraordinary actor" whose performance as King Lear in 1997 created "wonderful memories".

Samuel West, whose father Timothy played Gloucester in the production, recalled on Twitter that the older cast members were all asked to grow beards.

When they came together for a read-through, he remembered "[director] Richard Eyre said it looked like a garden gnome convention".

Sir Ian originated the role of Lenny in Harold Pinter's The Homecoming in 1965, reprising his performance on film eight years later. However, his stage career was cut short after he developed acute stage fright during a production of The Iceman Cometh in 1976.

He went on to work primarily in film, thanks to roles in such high-profile movies as The Fifth Element and the Lord of the Rings series. 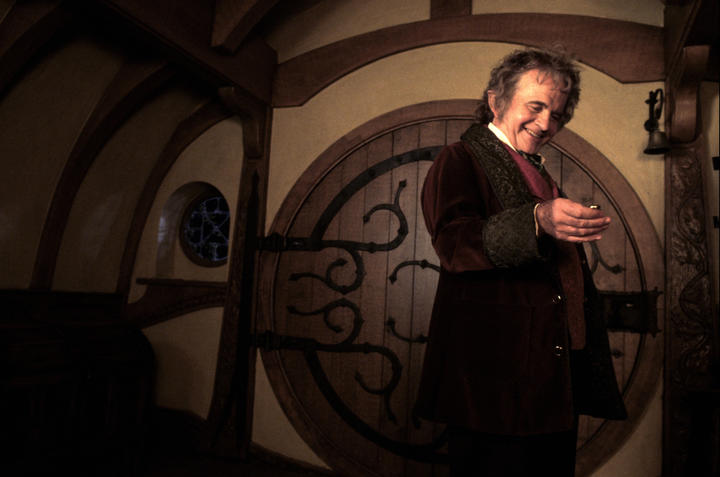 It was 1981's Chariots of Fire that saw him receive his best supporting actor Oscar nomination. The same film won him a Bafta, as did his supporting performance in The Bofors Gun in 1968.

"I'm never the same twice," he told the Los Angeles Times in 2000, "and I'm not a movie star-type, so people don't demand that I'm always the same."

He received a knighthood in 1998 for his contribution to drama following the CBE he received in 1989.

Comedian Eddie Izzard remembered Sir Ian as "a wonderful actor", adding: "It's so sad to see him go." 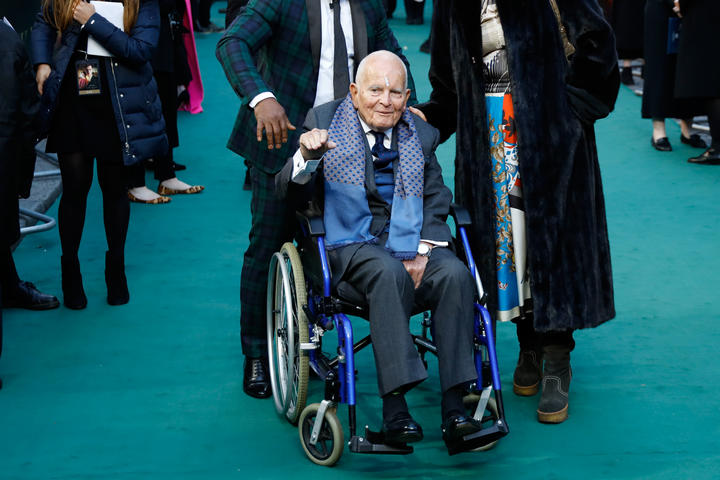 Sir Ian poses on the red carpet for the UK premiere of the film Tolkien in London in April last year. Photo: Tolga Akmen / AFP

"What an actor," tweeted League of Gentleman star Reece Shearsmith. "A lifetime of incredible performances."

Peep Show star Robert Webb was among many others to express respect for "a splendid actor" who "could be very funny too".

The life of Sir Ian Holm

Ian Holm Cuthbert was born on 12 September 1931 in a psychiatric hospital in Goodmayes, Essex, where his father, a psychiatrist and a pioneer of electric shock treatment, was the superintendent. His mother was a nurse.

He suffered from anxiety as a child and was bullied at his private school, where he took refuge in a love of drama. A chance meeting with the noted actor-manager Henry Baynton saw him enrolled at Rada in 1949.

His studies were cut short by National Service, most of which he spent in Germany with the British army. He eventually returned to Rada and graduated in 1953.

He secured a job with the Royal Shakespeare Company at Stratford, where his first recorded role was as a spear carrier in a 1954 production of Othello. He also played Mutius in a production of Titus Andronicus that toured Europe in 1956.

Over the ensuing years he moved further up the cast list with roles that included Donalbain in Macbeth, The Fool in King Lear and Puck in A Midsummer Night's Dream.

He established a reputation as a talented and reliable actor - so much so that by the mid-1960s he was playing meatier parts, including the title roles in Henry V and Richard III.

Holm stepped away from the works of the Bard to take the role of Lenny in both the London and New York premieres of Harold Pinter's The Homecoming. Appearing in the latter won him a Tony award.

He made his first foray into cinema in John Frankenheimer's film of The Fixer, based on a true story of a Jew falsely accused of murder in Tsarist Russia. It was just one of more than 90 films in which he would appear.

Holm became the master of the sound, supporting performance in a variety of roles. During the 1970s these included David Riccio in Mary, Queen of Scots and Yakovlev in Nicholas and Alexandra.

In 1973 he reprised the role of Lenny in the film version of The Homecoming.

For a time he had parallel careers in both theatre and cinema. But he had a history of depression and was finding stage appearances more difficult.

"The crack-up", as he later termed it, came during a 1976 production of The Iceman Cometh, when a sudden attack of stage fright forced him to stop performing.

Apart from two brief appearances, one as Uncle Vanya in 1979, he did not return to the stage for 18 years.

But his career was rescued by his TV and film work and the awards started to come. His role as Peter Pan author J M Barrie in the BBC's production of The Lost Boys won him a Royal Television Society award and a Bafta nomination. 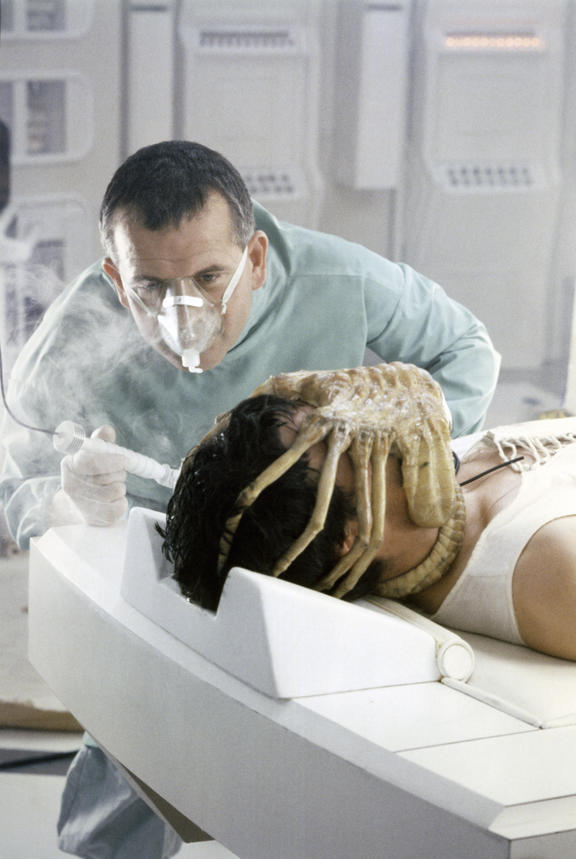 In 1979 he made his first big Hollywood appearance, as the android Ash in Alien. "It wasn't a particularly pleasant film to do," he later recalled. "It was 16 weeks of bloody hard work down at Shepperton Studios."

Two years later he appeared as Sam Mussabini in Hugh Hudson's film Chariots of Fire, based on the story of the athletes Eric Liddell and Harold Abrahams as they prepared for the 1924 Olympics.

His performance as the professional coach, shunned by the authorities in an age of amateurism, won him a Bafta for best supporting actor as well as an Oscar nomination.

In the same year he took the part of Frodo Baggins in BBC Radio 4's massive adaptation of The Lord of the Rings, which featured Holm alongside a host of other stars including Michael Hordern and Robert Stephens.

He continued to receive critical praise for his film roles, notably in Time Bandits (1981), Brazil (1985) and a performance as Lewis Carroll in Dreamchild, Dennis Potter's fantasy based on the life of Alice Liddell.

The awards continued, including a Bafta for the Granada TV series Game, Set & Match, based on Len Deighton's spy trilogy.

Holm never lost his fascination with Shakespeare. He took the role of Fluellen in Kenneth Branagh's highly acclaimed 1989 film of Henry V and, a year later, played Polonius alongside Mel Gibson as Hamlet in Franco Zeffirelli's film of the play.

He was eventually lured back to the stage in 1993 to star in the premiere of Harold Pinter's Moonlight. Pinter was said to have described Holm as his favourite performer, "an actor of total integrity".

He continued to demonstrate his versatility in a wide range of roles, from Pod Clock in the BBC children's series The Borrowers to Kenneth Branagh's father in Mary Shelley's Frankenstein.

His performance as Dr Willis, the physician who treated George III in The Madness of King George, garnered yet another Bafta nomination.

There were further nominations and awards for his portrayal of lawyer Michael Stephens in critically acclaimed Canadian film The Sweet Hereafter. Back on stage he won an Olivier for his King Lear in 1998, the year in which he received a knighthood.

In 2001 he took what was probably his highest-profile role, that of the hobbit Bilbo Baggins in Peter Jackson's epic production of the Lord of the Rings trilogy.

In the same year he once again appeared in a production of Pinter's The Homecoming, this time as Max, the father of his previous character Lenny.

The critic Charles Spencer said his performance captured "both the rage and the vulnerability of a life-long bully who is appalled to discover that his word is no longer writ".

In 2012, at the age of 81, he reprised the role of Bilbo Baggins in Peter Jackson's film trilogy based on The Hobbit.

Away from stage and screen he was much sought-after as a narrator, notably on the BBC documentary Elizabeth R and for voiceover work in commercials and video games.

Holm married Lynn Shaw in 1955, a union that lasted for 10 years. His four-year marriage to Sophie Baker ended in divorce in 1986 and, five years later, he married the actress Penelope Wilton.

The couple divorced in 2001 and he subsequently married Sophie de Stempel in 2003.

Ian Holm was once asked how he felt about being so often the supporting actor, rarely the star.

"As an actor," he replied, "I'm very much a company person.

"I have a dread of responsibility. I like someone else to be in charge."