Hollywood director Joel Schumacher, whose films included St Elmo's Fire, The Lost Boys and Flatliners, has died at the age of 80. 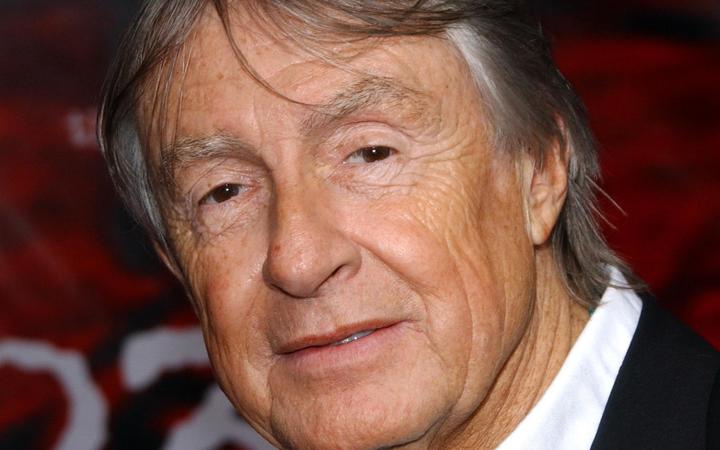 The filmmaker was behind a string of big budget films in the 1980s and 1990s, including The Client and A Time to Kill, as well as two Batman sequels.

Star Trek writer and producer Bryan Fuller and director Kevin Smith were among the first to pay tribute.

"He couldn't have been nicer or more hospitable," Smith tweeted.

"I distinctly remember feeling hopeful when I learned he was gay and out and that there may be a place for me yet," wrote Fuller.

Kiefer Sutherland, who starred in The Lost Boys, tweeted that Schumacher's "joy, spirit and talent will live on".

Schumacher's publicists said he had been ill with cancer for more than a year.

Variety wrote that the director "brought his fashion background" to directing and captured the feel of an era with his "stylish films".

The New York native first entered the film industry as a costume designer in the 1970s, working alongside luminaries such as Woody Allen.

He went on to write the 1976 low-budget comedy Car Wash, as well as the screenplay for a film adaptation of the Broadway musical The Wiz.

But his big break came in 1985, with his third feature film St Elmo's Fire, which he co-wrote and directed.

Alongside The Breakfast Club, which came out in the same year, it became one of the seminal films of the Brat Pack era and launched Demi Moore's film career.

His follow-up, The Lost Boys - about a group of young vampires in small-town California - became a cult favourite, and his 1990 hit Flatliners saw him again team up with Kiefer Sutherland.

Schumacher worked with some of the biggest names in Hollywood, including Tom Cruise, Julia Roberts and Michael Douglas. He directed Douglas in 1993's Falling Down, which was nominated for the Cannes Film Festival's prestigious Palme D'Or.

He took over the reins of the Batman franchise from Tim Burton in 1995, casting Val Kilmer as the Caped Crusader and Jim Carrey as the Riddler. The film grossed more than $300m worldwide.

However, his second outing - Batman and Robin - starring George Clooney in the lead and Arnold Schwarzenegger as Mr Freeze was critically panned and nearly finished off Clooney's burgeoning film career.

Schumacher was noted for his ability to pick out new talent and he was fundamental in establishing the careers of A-list stars such as Sutherland, Rob Lowe and Colin Farrell. He directed Farrell in 2000's Tigerland, the actor's first leading role, and later in Phone Booth.

Schumacher's style came to the fore in two memorable music videos, Seal's Kiss From a Rose and INXS's Devil Inside.

His 2004 film adaptation of Andrew Lloyd Webber's musical The Phantom of the Opera, which received three Oscar nominations despite lukewarm reviews, was among the last of his films.

Schumacher was reportedly the composer's first choice as director, with Lord Lloyd Webber having admired his work with music on The Lost Boys.

Most recently, in 2013, he took the helm on a couple of episodes of the first season of Netflix series House of Cards, before more or less retiring from working life.

He once said: "If you love a movie, there are hundreds of people who made it lovable for you. If you don't like it, blame the director. That's what our name's there for."