Twenty Saudi nationals have gone on trial in absentia in Turkey for the murder of the journalist Jamal Khashoggi in 2018. 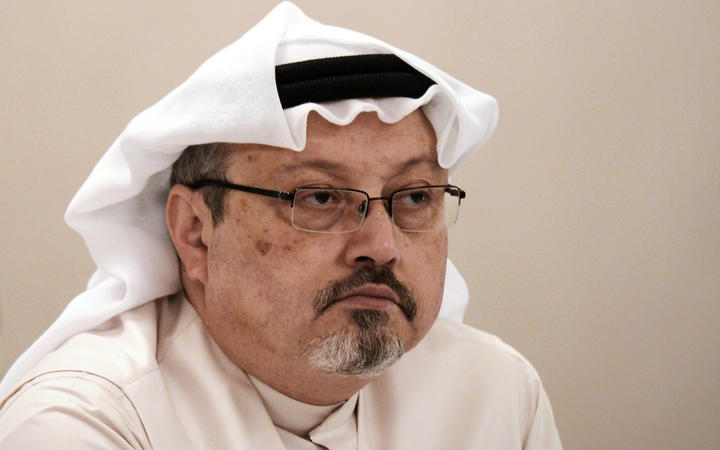 Khashoggi, a prominent critic of Crown Prince Mohammed bin Salman, was killed by a team of Saudi agents inside the kingdom's consulate in Istanbul.

The defendants include two former aides to the prince, who denies involvement.

Five were sentenced to death for directly participating in the killing, while three others were handed prison sentences for covering up the crime.

The Saudi trial was dismissed as "the antithesis of justice" by a UN Special Rapporteur Agnes Callamard, who concluded that Khashoggi was "the victim of a deliberate, premeditated execution" for which the Saudi state was responsible.

What happened at the trial? 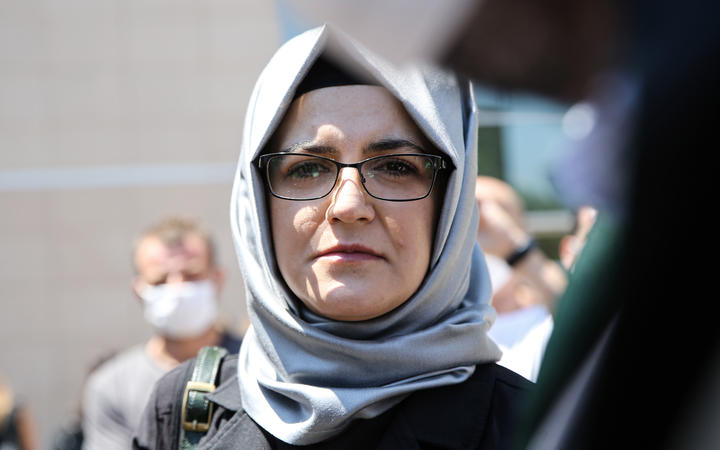 Saudi journalist Jamal Khashoggi's fiance and plaintiff Hatice Cengiz speaks to media after testifying in the trial of 20 Saudi nationals over the 2018 killing of Khashoggi, in Istanbul, Turkey on July 03, 2020. Photo: Anadolu Agency / Elif Ozturk

She later told journalists gathered outside the courtroom that she found the process emotionally and spiritually debilitating.

Cengiz expressed confidence in the Turkish judicial system and declared: "Our search for justice will continue in Turkey as well as in everywhere we can."

Callamard, who was also at the hearing, said: "We have not moved the killing of Jamal Khashoggi into a formal setting that the international community can recognise, because the trial in Saudi Arabia could not be given credibility and legitimacy."

"Here for the first time, we have the hitmen being indicted and we have a number of those have commissioned the crime," she added.

How did Jamal Khashoggi die?

The 59-year-old journalist, who went into self-imposed exile in the US in 2017, was last seen entering the Saudi consulate on 2 October 2018 to obtain papers he needed to marry Cengiz.

After listening to purported audio recordings of conversations inside the consulate made by Turkish intelligence, Callamard concluded that Khashoggi was "brutally slain" that day.

The Saudi government said the journalist was killed in a "rogue operation" by a team of agents.

Saudi Arabia's public prosecution said the murder was ordered by the head of a "negotiations team" sent to Istanbul to bring Khashoggi back to the kingdom "by means of persuasion" or, if that failed, "by force".

The public prosecution concluded that Khashoggi was forcibly restrained after a struggle and injected with a large amount of a drug, resulting in an overdose that led to his death. His body was then dismembered and handed over to a local "collaborator" outside the consulate. The remains were never found.

Turkey's public prosecution concluded that Khashoggi was suffocated almost as soon as he entered the consulate, and that his body was destroyed.

Who are the defendants?

The 18 other defendants are charged with carrying out "a premeditated murder with the intent of [causing] torment through fiendish instincts".

The eight individuals who were convicted of Khashoggi's murder in Saudi Arabia have never been identified by the Saudi authorities.

According to interviews conducted by Callamard, their lawyers argued at the Saudi trial that they were state employees and could not object to the orders of their superiors, and that Asiri insisted that he never authorised the use of force to bring Khashoggi back to Saudi Arabia.

The Saudi public prosecution said Asiri was tried but acquitted due to insufficient evidence, and that Saud al-Qahtani was investigated but not charged.

Khashoggi's son Salah, who lives in Saudi Arabia, said in May that he and his brothers were "pardoning those who killed our father, seeking reward from God almighty". That effectively granted them a formal reprieve under Saudi law.