The son of murdered Saudi journalist Jamal Khashoggi has released a statement forgiving his killers. 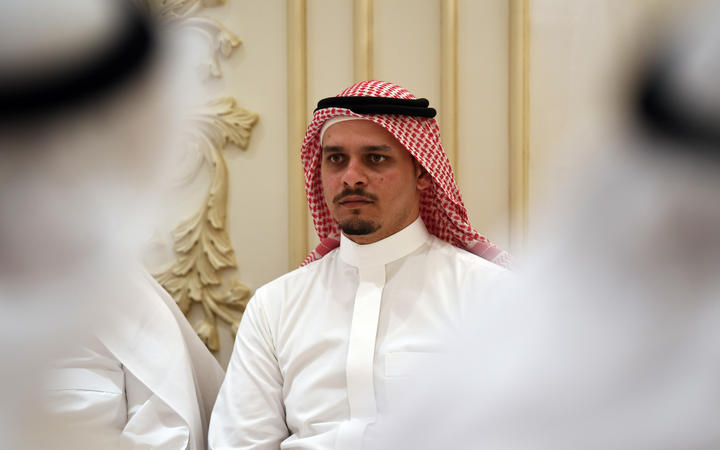 Khashoggi, a prominent critic of the Saudi government, was killed inside the kingdom's consulate in the Turkish city of Istanbul in October 2018.

Saudi officials maintain his death was a result of a "rogue operation" and was not state sanctioned.

Their account of events has been doubted internationally, including by some intelligence agencies and the UN.

Khashoggi had been writing for the Washington Post newspaper and living in the US before his death.

After offering several different accounts of his disappearance, Saudi authorities eventually submitted he was killed in a botched operation by a team tasked with getting him to return to the country.

In December 2019, a court sentenced five unnamed men to death for their role in his killing after a secretive trial in Riyadh.

A United Nations special rapporteur, Agnes Callamard, labelled the Saudi trial the "antithesis of justice" and urged an independent investigation.

The family's statement was posted to the Twitter account of Salah Khashoggi, one of the late journalist's sons, on Friday.

"In this blessed night of the blessed month [of Ramadan] we remember God's saying: If a person forgives and makes reconciliation, his reward is due from Allah," Salah, who lives in the Saudi city of Jeddah, wrote.

"Therefore we the sons of the Martyr Jamal Khashoggi announce pardoning those who killed our father, seeking reward God almighty."

Death sentences can be commuted in light of a pardon by the victim's family under Islamic law, but it is not clear whether that will apply in this case.

Salah has previously issued statements expressing his confidence in, and support of, the Saudi investigation.

He has also previously criticised "opponents and enemies" of Saudi Arabia who he said had tried to exploit his father's death to undermine the country's leadership.

Last year, the Post reported that Khashoggi's children had received homes and monthly payments as compensation for the killing of their father.

Salah, Khashoggi's eldest son, was the only sibling who intended to carry on living in Saudi Arabia, the newspaper said.

What happened to Jamal Khashoggi?

The journalist - who had gone into self-imposed exile in the US in 2017 - went to the Saudi consulate in Istanbul on 2 October 2018 seeking documents to get married to fiancée Hatice Cengiz.

Investigators believe that he was murdered and dismembered while she waited outside, but his remains have never been recovered.

Saudi officials initially claimed he had left the building alive and their account of events changed several times in the weeks after his disappearance.

Details of his gruesome killing shocked the world, and a subsequent UN report said there was credible evidence that Crown Prince Mohammed bin Salman and other high-level Saudi officials were individually liable.

The prince has denied any involvement in the murder, but has said he took "full responsibility as a leader in Saudi Arabia, especially since it was committed by individuals working for the Saudi government".