The government has banned visits from people involved in the killing of the Saudi journalist Jamal Khashoggi.

It will also not grant visas to the wife of former President of Zimbabwe, Robert Mugabe.

The restrictions came into place at the start of December.

The instructions sent to Immigration New Zealand staff do not name those the government has banned, but it says it holds a list of them.

The UN special rapporteur has said there is credible evidence that Saudi Arabia's Crown Prince Mohammed bin Salman and other high-level officials are liable for the killing of Jamal Khashoggi.

Saudi authorities insist they were not acting on Prince Mohammed's orders.

Earlier this week, a court in Saudi Arabia sentenced five people to death and jailed three others over the murder of Khashoggi.

The 58-year-old journalist, a US-based columnist for the Washington Post and prominent critic of Prince Mohammed, was last seen entering the Saudi consulate on 2 October last year to obtain papers he needed to marry his fiancée Hatice Cengiz.

The travel bans follow a similar move by the US in April, when it issued restrictions against 16 Saudi Arabians, including a former aide to the crown prince.

Mohammed bin Salman himself was not on the US state department's list. 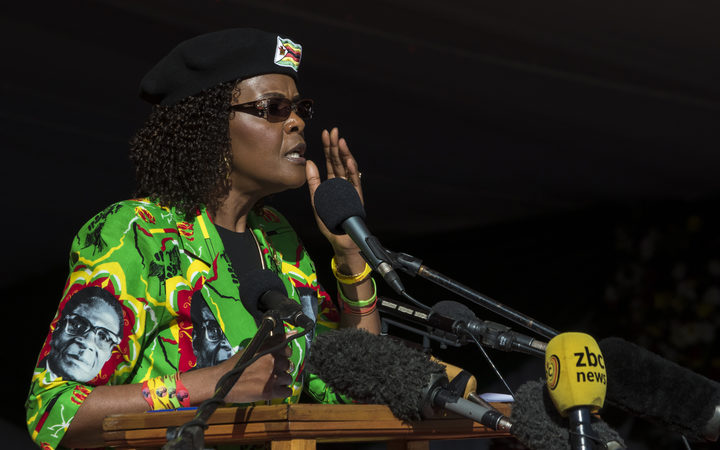 Meanwhile Grace Mugabe, has also been added to the list of those under New Zealand visa restrictions.

He ruled Zimbabwe for nearly 40 years before he was ousted in a military takeover in 2017 and died in September, aged 95.

She has been accused of assaulting a South African model, Gabriella Engels, and was named head of Zanu-PF women's league in 2014.